The Russian Federation’s Foreign Ministry on Monday criticized the Afghan government for the cancellation of the intra-Afghan meeting in Doha, Qatar, which was scheduled for April 19-21. 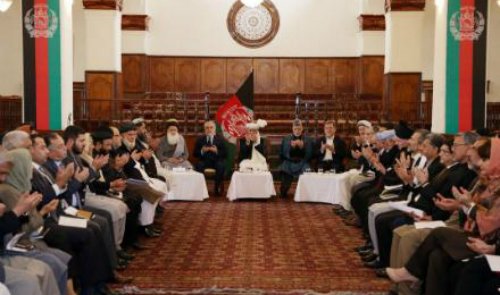 On April 18, the Afghan government said the meeting was canceled due to disagreements on the list of the 250-member delegation.
“We regret this decision of the organizers because this intra-Afghan format has proved to be the most promising communications channel between various political forces in Afghanistan, including the current Government and representatives of the armed opposition represented by the Taliban,” said Maria Zakharova, a spokesperson for Russia's Foreign Ministry.
According to her, the first meeting of the intra-Afghan dialogue took place in Moscow on February 5-6 was “quite successful”. During the meeting, the statement said, without any external interference, prominent Afghan politicians and Taliban representatives initiated a dialogue about the future shape of the post-conflict Afghanistan.
“The abolition of such a dialogue can have negative consequences for the large-scale intra-Afghan peace process,” Zakharova said.
“We consider the reason for the disruption of the Doha meeting to be the unconstructive position of the current leaders of Afghanistan, which sent a delegation to Qatar that a priori did not fit in the format of the event and caused discontent among many participants, including the main opponents, the Taliban,” she said.
Zakharova said that “Russia believes that dictating the terms of holding the intra-Afghan meeting does not correspond to the statements by the current Afghan Government about its intention to launch a constructive conversation for the sake of the future of Afghanistan”.
“We hope that Afghans will eventually manage to resolve the difficulties themselves and return to the dialogue that may prove to be seminal for their country,” she added.
Tags:
Russia Accuses Afghan Govt Of Disrupting Doha Meeting
Source : Tolo News
Tuesday 30 April 2019 08:22
Story Code: 184226 Copy text available
Featured news
Lack of accurate statistics undermines public trust: Afghan VP
Pakistani Taliban ‘Adviser’ Among 50 Militants Killed In Kandahar
9 Civilians Killed In Roadside Explosions In Wardak
ANP Nabs 5 Suspects over Multiple Charges
MFA: Pakistan ‘Severely’ Damaging Relations By Firing Rockets Into Kunar
FEFA: Parliament Should Vote For Accountable And Competent Candidates
1
Afghanistan-Bound NATO Supply Convoy Attacked In Northwest Pakistan
2
Al-Qaeda Remains Close to Taliban: UN Official
3
Abdullah: Ghor Attack Runs Counter To Principles Of Peace Talks In Doha
4
Pakistani shelling kills Afghan child, injures four in Kunar
5
Iran declares official termination of UN arms embargo
6
Heavy US Military Equipment Transport Convoy Attacked In Pakistan
7
Abdullah to Visit Iran to Discuss Afghan Peace
8
14 Taliban fighters killed, wounded in Ghor Province
9
Cabinet To Be Introduced To Parliament For Vote Of Confidence
10
300 Taliban fighters killed in Helmand battle: governor