Pakistan on Wednesday summoned Afghanistan's envoy to lodge protest over terrorist attack along the Pakistan-Afghan border in which three Pakistan soldiers were killed and seven others injured. 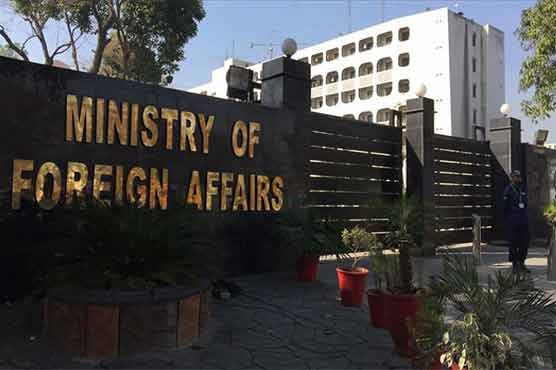 AVA- A group of 60-70 terrorists from across the border attacked the security forces fencing the Pakistan-Afghan border in Alwara at North Waziristan district, an army statement said.
Three soldiers were killed in the attack while seven others were injured. Several terrorists were killed in the retaliatory firing by the Pakistan Army, it added.
Foreign Office said that the Afghan Charge d' Affaires was called to the Ministry of Foreign Affairs by the Additional Secretary (Afghanistan and West Asia) and “Pakistan's strong protest was lodged over a cross-border terrorist attack in North Waziristan last night, launched by terrorist groups coming from Afghanistan."
The terrorists launched fire raids and physical attacks on Pakistani military troops operating in North Waziristan district to fence the border.
It claimed that Pakistan military repulsed the attack by the terrorists who after suffering significant casualties fled back to Afghanistan in small groups.