Iran: Production of Illicit Drugs 50-Folded in Afghanistan after US Invasion

Iranian Police Chief Brigadier General Hossein Ashtari warned that production of different types of narcotics has sorely grown in Afghanistan since the US started war against the country in 2001. 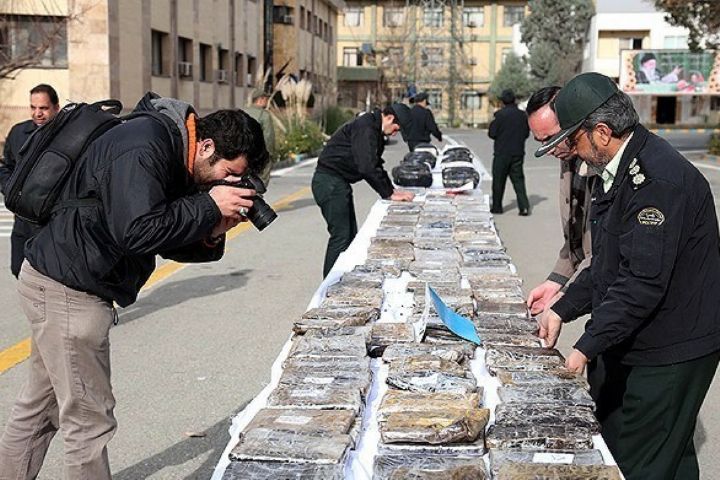 AVA- "Production of narcotics has grown nearly 50-folded since the presence of Americans in Afghanistan," General Ashtari told reporters in the bordering province of Sistan and Balouchestan in Southeastern Iran on Monday.
He added that seizure of trafficked illicit drugs has also highly increased after the Islamic Revolution in Iran, saying that 4,000 Law Enforcement Police forces have been martyred in the fight against drug traffickers.
General Ashtari said that over 60% of the drugs trafficked into Iran are seized by the police forces in Sistan and Balouchestan province due to its adjacency to Afghanistan which is the largest producer of narcotics in the world.
In relevant remarks late last month, General Ashtari had described Iran as a pioneering state in campaign against drug trafficking, and said, "We have declared our information and needs to the international organizations and I should say that we have not pinned hope on their aid."
"We do not have hope that the international organizations can seriously confront" the cultivation and production of narcotics in Afghanistan, General Ashtari said.
Iran is in the forefront of the fight against drug trafficking and thousands of Iranian police forces have been so far martyred to protect the world from the danger of drugs.
The Iranian anti-narcotic police have always staged periodic operations against drug traffickers and dealers, but the latest reports - which among others indicate an improved and systematic dissemination of information - reveal that the world's most forefront and dedicated anti-narcotic force (as UN drug-campaign assessments put it) has embarked on a long-term countrywide plan to crack down on the drug trade since several years ago.
The Iranian police officials maintain that drug production in Afghanistan has undergone a 40-fold increase since the US-led invasion of the country in 2001.
Afghan and western officials blame Washington and NATO for the change, saying that allies have "overlooked" the drug problem since invading the country nearly 18 years ago.