Report: Notorious Daesh Leader Speculated to Be in Afghanistan

Daesh leader Abu Bakr al-Baghdadi is allegedly hiding in a distant region of Afghanistan, The Sun claimed, citing Zaid Hamid, who is a co-founder of the BrassTacks threat analysis think-tank. 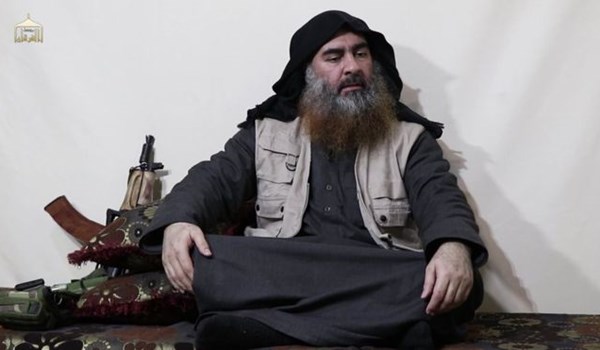 AVA- The speculation about the terrorist's whereabouts was made after a propaganda video featuring the Daesh leader was published.
"Note the style of the bedding & the pillows….Is he already in Afghanistan?," Zaid Hamid pointed out, further suggesting that al-Baghdadi is in the Khorasan Province.
The speculation come after numerous media outlets reported in late April that al-Baghdadi made his first appearance, after five years of absence, in a video in which he acknowledges the defeat of the terrorist group's fighters in the battle for Baghouz in Syria last month.
The video was reportedly filmed earlier in April, however, the authenticity of the video itself is yet to be verified.
In recent years, Baghdadi's death has been reported multiple times, however, the terrorist leader has re-emerged time and time again.