The Taliban captured a district center Wednesday in southern Afghanistan, killing at least 13 government soldiers. The fighting comes as Russia asserted the Taliban is getting stronger and called for increased efforts to reach a negotiated settlement to the 17-year-old war. 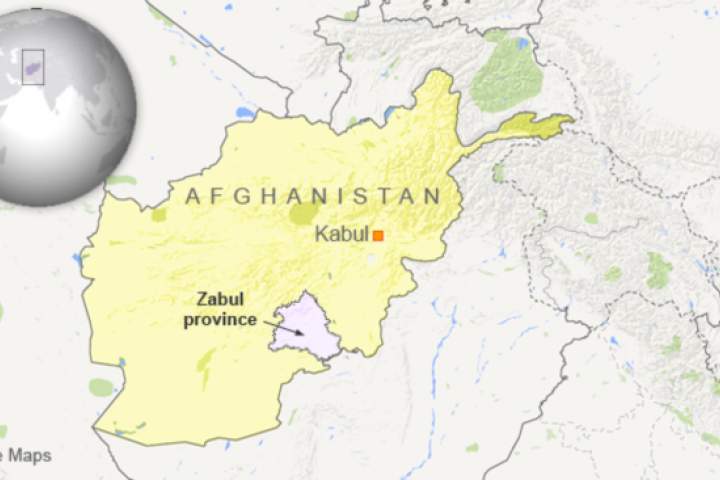 Local officials and insurgent sources reported Taliban fighters assaulted Shamulzayi in Zabul province before dawn, forcing Afghan security forces out of the district center and also overrunning the regional office of the government intelligence agency, NDS.
A provincial security official requesting anonymity confirmed to media the fighting killed at least 13 personnel of the Afghan National Army.
The Defense Ministry announced a counteroffensive was underway in to retake the lost ground, claiming the insurgents suffered heavy casualties in the process. “Afghan air forces are in the area. Taliban [fighters] are on run from district,” the ministry said in a statement.
Taliban spokesman Qari Yousaf Ahmadi acknowledged fighting was raging in the area “because some enemy [government] posts” were still offering resistance. He rejected official claims of retaking the district center from the Taliban.
The Zabul council chief, Atta Jan Haqbayan, confirmed to the source the fall of Shamulzayi district headquarters to the Taliban, saying government forces had retreated to a nearby major army base.
Russia: Taliban 'getting stronger'
Washington has engaged the Taliban in direct peace negotiations in a bid to persuade insurgents to participate in an intra-Afghan dialogue process to end years of hostilities in the country. The dialogue has not achieved any significant breakthrough, however, nearly a year after it started, nor has the Taliban responded positively to cease-fire appeals by Afghan and international stakeholders.
The latest insurgent battlefield advances come a day after Russian President Vladimir Putin said the Taliban were gaining strength, although he acknowledged finding a negotiated settlement to the Afghan was “rather a complicated issue” and a difficult task.
“At the same time, the positions of the Taliban are getting stronger. So we need to step up cooperation and try to achieve the balance of power in this country,” Putin said in a meeting with visiting U.S. Secretary of State Mike Pompeo, according to the Russian media.
Moscow maintains overt contacts with the Taliban and says it supports the U.S. peace initiative.
In its bid to push peace and reconciliation efforts in the war ravaged country, Russia arranged a first-ever informal intra-Afghan meeting in February where Taliban representatives and Afghan opposition politicians, civil society groups, as well as tribal elders, exchanged views on how to end the war.
No Afghan government representatives attended the gathering, though, due to opposition from the insurgent group. Moscow says it is trying to organize another such meeting.