Afghanistan bowler Hamid Hassan says cricket is the "only thing that will bring a smile" to his country. 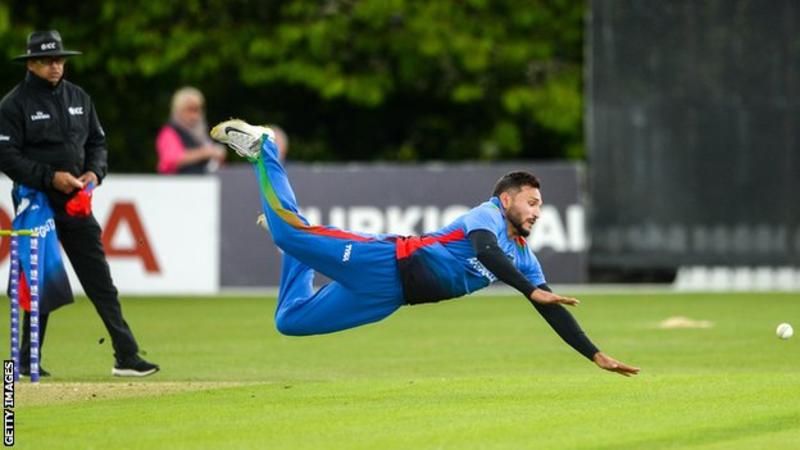 AVA- Hassan, 31, will retire from one-day internationals after the upcoming World Cup, and wants a "special" finale.
Afghanistan were knocked out in the group stage in 2015, but victories over Sri Lanka and Bangladesh in last year's Asia Cup have shown an improvement.
"It's a big inspiration for the youngsters," Hassan told Stumped on the media.
"If you target something, then you can achieve it, but you have to work really hard, which is what this team has done over the past 15 years.
"We never looked back and we have always turned the negatives into the positives.
"From nowhere, Afghanistan have become one of the top 10 in the world so it's a big achievement for the country."
Like many of his team-mates, Hassan learned the game in a refugee camp in Pakistan after his family fled their war-torn homeland.
Afghanistan lost six matches in their first World Cup four years ago, winning just once against Scotland, but Hassan says there is a "strong belief" for their visit to England.
"You can see the improvements in the past four years with the victories and the contribution of each player," he said.
"The wickets look like they play in Asia, so they are all 300-run-plus wickets and I want to be economical."
Hassan is well-known for his cartwheel after dismissing Kumar Sangakkara against Sri Lanka in 2015 and the seam bowler may have more celebrations up his sleeve.
"If I get David Warner or Rohit Sharma, maybe I will try to celebrate with a proper cartwheel, unlike last time when I hurt myself," he said.
"We love the country. We all support and play for the nation and we play for the Afghanistan people."
They begin their campaign against Australia in Bristol on 1 June.