Developing countries are increasingly using geographic labelling to boost the value of products ranging from carpets to rice, raising rural incomes and protecting farm land, according to agriculture experts and lawyers. 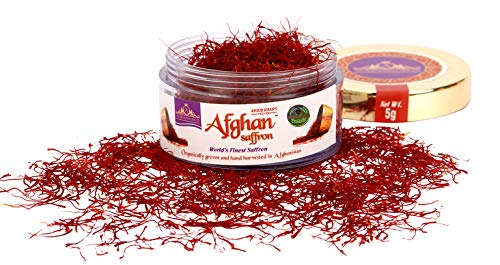 AVA- Geographical indication (GI) is a sign used on products that have a specific geographic origin, which gives them certain qualities or a reputation, such as sparkling wine from Champagne and Darjeeling tea.
A GI label is seen as a guarantee of authenticity, which is closely connected to the land itself, said Stephane Passeri, a GI consultant at the Food and Agriculture Organization (FAO).
"It is generally linked to an increase in the value of the land, as well as revenues to local producers, therefore giving them an incentive to take care of this now precious land," Passeri told the Thomson Reuters Foundation in Bangkok.
GIs can be particularly valuable for developing countries, where expanding populations and demand for highways, airports and factories are placing enormous pressure on land.
In European countries with older GIs, the "high value of GI land means that it doesn't make sense to build on it," Passeri said, as well as boosting the area's reputation which can attract tourists and encourage investment in infrastructure.
GI certifications are awarded by each country's GI registry, which identifies and certifies products, using global standards.
In Afghanistan, FAO is helping the government set up a GI system to help the country's farmers and craftsmen recover from decades of war. Pomegranates, saffron, carpets and handicrafts are likely to be among the first GI products, Passeri said.
In neighbouring India, which has nearly 350 GIs, starting with Darjeeling tea in 2003, as well as varieties of rice, mangoes, tea, coffee and spices, there is evidence that GI labels help protect local traditions and economies.
Sanjai Gandhi, president of the Intellectual Property Rights Attorney Association in India said GIs can raise the profile of rural areas.
"The GI tag is as much for the land or area as it is for the product," said Gandhi, who has helped local communities in Tamil Nadu get GI certification for rice and handicrafts.
"As GI tagged products fetch more money locally and abroad, people realise it is in their interest to preserve the area for the cultivation of the product rather than for industry."
In southern India, indigenous Adivasi people have benefited from a GI for their Araku Valley coffee, said Manoj Kumar, founder of Naandi Foundation, which trained the community to produce coffee and markets the brand.
"The GI is like an intellectual property for the small farmers. The Adivasis of Araku can be sure now that no one else can claim their coffee to be Araku coffee," he said.