Cricket World Cup: Afghanistan ready to go for the kill against Sri Lanka

The clash between Sri Lanka and Afghanistan is not merely a contest between two subcontinent nations but a battle for pride at Sophia Gardens On Tuesday. 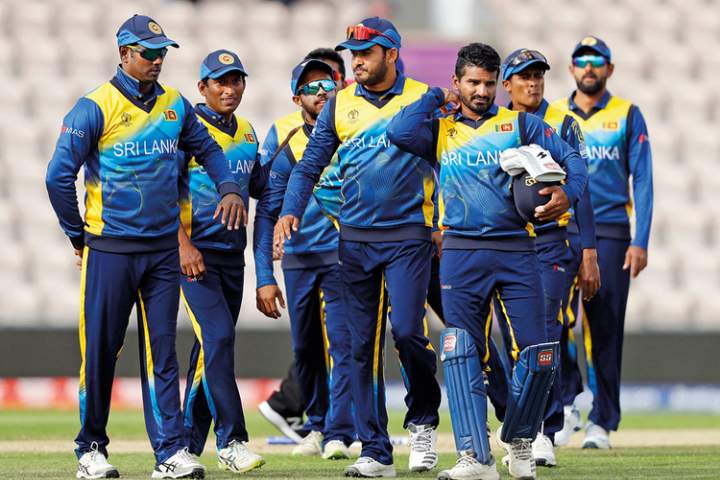 AVA- Only a few years ago, this match would have been a cakewalk for Sri Lanka. But these days, Afghanistan are giant-killers and the Lankans are a shattered lot after a huge defeat to New Zealand at Cardiff on Saturday.
Sri Lanka know that to beat Afghanistan they will have to bat the full 50 overs and post a big total, should they bat first.
Chasing Afghanistan is also not easy considering their bowling attack is made up of some of the best spinners in the game, such as Rashid Khan and Mohammad Nabi.
Afghanistan also lost their opening match to Australia and hence will go for the kill.
They have always played with the motto of nothing to lose and everything to gain. For them, a win over Sri Lanka means a triumph over former World Cup champions.
The weather forecasters have predicted a wet day, so many fear that it could be a shortened game. With the day likely to be a cloudy one, pacers will be able to generate good movement in a clash that will see both sides looking to register their first win to restore confidence.
When Afghanistan skipper Gulbadin Naib was asked about the Sri Lankan team, he had no hesitation in saying that they are struggling. “I saw them play on television,” he said. “They have lost a few games in the last two years and are struggling in the one-day matches. So we have an opportunity to do well against them. If we are able to play all 50 overs, especially in the batting, then definitely we can beat them. Again, they are a good team and we cannot take them easy. We will try to score big, and if we play all 50 overs, maybe it will be difficult for them.”
So with Sri Lanka too looking to bat the full quota of overs, it will be a contest between two teams not wanting to throw away their wickets. Naib is confident that his bowling attack can get the Sri Lankans. “If our seamers bowl well at the start, the spinners also get confident,” he said. “And we have a good spin attack in Rashid Khan and Mujeeb-ur-Rehman. They can spin anywhere, in any conditions.”
In the match between Sri Lanka and New Zealand, it was a green top at Cardiff that the Kiwi pacers exploited well.
Interestingly, it was Sri Lankan pacer Lasith Malinga who addressed the media for the prematch press conference. When asked about the pitch, all that he responded was: “Bowlers have a big role to play in tomorrow’s game. I believe they will be able to change the game.”