France boss Corinne Diacre hopes they "struck fear" into their rivals for the Women's World Cup, after their 4-0 opening-game win over South Korea. 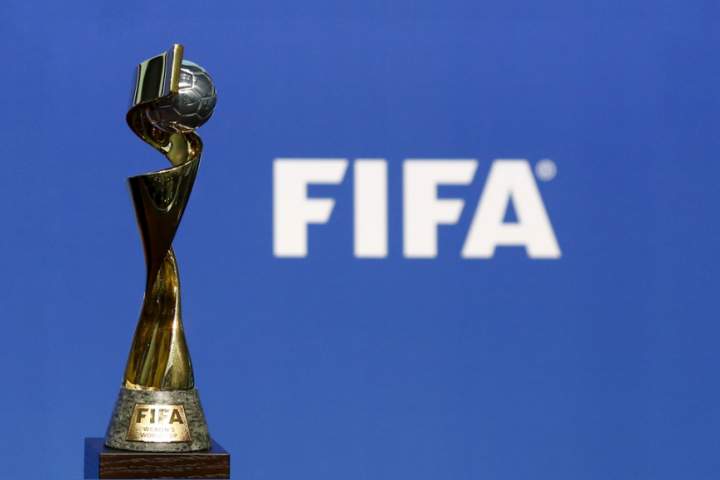 The host nation stormed in to a 3-0 half-time lead thanks to Eugenie Le Sommer's opener and defender Wendie Renard's two headers in Paris.
Amandine Henry's curled fourth capped off a fine night for Les Bleus.
"When other sides talk about us they place us among the favourites because we are the host nation," Diacre said.
"If we can strike fear in to these sides then that would be great."Diacre's side, ranked fourth in the world, are among the favourites to win the eighth edition of this competition, along with defending champions the United States, who will get their campaign under way against Thailand on Tuesday.
England, who open their campaign against neighbours and World Cup debutants Scotland on Sunday, are also being strongly tipped for success, along with two-time winners Germany and European champions the Netherlands.
France are bidding to win the tournament for the first time and, should they reach the final in Lyon, they could ensure the French nation holds both senior World Cup titles at the same time, after the men's players' success in Russia in 2018.
"Of course we'd like to follow in the footsteps of the senior men's national team but we still have six more steps along the road. We need to be serious and focused for six more games," Diacre said.
"We've won tonight's match but this is just one step on the road. We have six more steps to take if we are to go all the way. We need to keep our feet on the ground and continue working.
"I refused all emotion tonight. I will let emotion affect me later on in the competition. I have prepared as if I were a player. There's no room for emotion tonight."
France and South Korea are joined in Group A by Nigeria and Norway, who meet on Saturday, before England and Scotland's campaigns begin in Nice on Sunday.
There are a total of 24 teams taking part across six groups of four teams, all initially competing for the 16 places in the knockout phase, with the top two teams in each group qualifying automatically, as well as the four best third-placed sides.
Tags:
Women's World Cup
Source : Afghan Voice Agency(AVA)
Saturday 8 June 2019 11:16
Story Code: 186340 Copy text available
2.5 Million Afghans Remain Unemployed
Afghanistan Women Chamber of Commerce Among World Chambers Competition 2019 Finalists
Women’s Muay Thai Championship In Kabul Wrapped Up
The U.S. is talking with the Taliban — over the heads of the Afghan people
Appointment of young afghan woman as deputy interior minister sparks reactions
Featured news
Afghanistan Reports 658 New COVID-19 Cases
Turkey and Pakistan to ‘Enhance’ Bilateral Cooperation Against COVID-19
Russia: 4 servicemen killed in helicopter hard landing
162 New COVID-19 Cases Reported in Herat and Balkh
US Welcomes Ghani's Pledge to Release Prisoners
34 Afghans Among Asylum Seekers Rescued by Turkish Coast Guard
1
Coronavirus: Serie A season's fate to be decided May 28 as group training is approved