Pakistan's former President Asif Ali Zardari has been detained in connection with a high-profile money laundering case that saw millions of dollars allegedly siphoned out of the country. 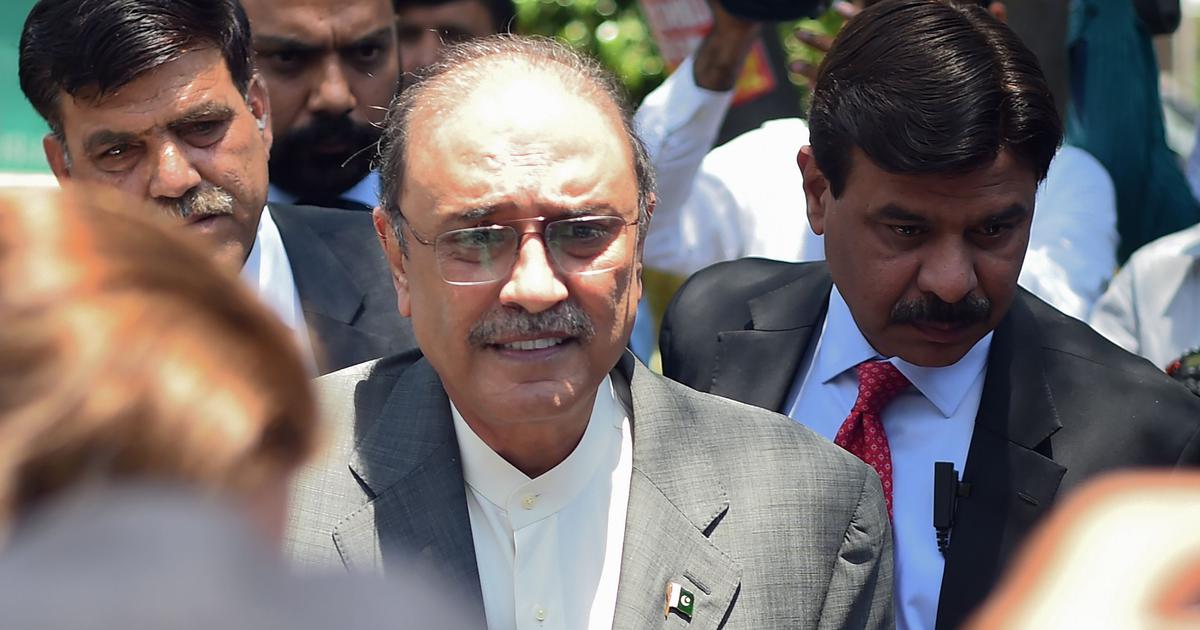 AVA- Zardari, husband of assassinated former prime minister Benazir Bhutto, was arrested by the National Accountability Bureau (NAB) on Monday.
This came after a high court rejected extending pre-arrest bail for him and his sister, Faryal Talpur. They are accused of hiding financial kickbacks in fake accounts.
A series of scuffles erupted between police and supporters of Zardari's Pakistan People's Party (PPP) outside his family's residence in the capital Islamabad as he was taken into custody.
The PPP supporters chanted "Long live Bhutto", in reference to one of South Asia's most famed political dynasties that has ruled Pakistan on several occasions over the past five decades.
The charges in the latest case centre around allegations Zardari laundered vast sums of money through suspect bank accounts and companies.
Last year, Pakistani authorities discovered several accounts in the name of poor people that had been flooded with cash, then suddenly emptied.
Pakistan's Supreme Court established a commission in September to investigate the scourge, finding that at least USD 400 million had passed through "thousands of false accounts".
Zardari has repeatedly dismissed allegations he had a hand in the scheme, calling the government of Prime Minister Imran Khan an instrument of the powerful military.
Khan, a longtime foe of Zardari, was elected prime minister last year after running a heated campaign vowing to crackdown on corruption. Former prime minister Nawaz Sharif is also currently behind bars, after being sentenced to seven years in prison late last year on corruption charges.
Interior Minister Ejaz Shah during a parliament session on Monday denied that the administration of Premier Khan was behind the high-profile arrests.
"The government has no role in (the arrest)," the minister said, stressing that it was a court decision.
"This is done by NAB. Our government has nothing to do with it."
Zardari earlier spent 11 years in jail on corruption and murder charges before becoming president in 2008. But he was never convicted and denies any wrongdoing.
Zardari swept to power following a wave of sympathy following the murder of his wife, Benazir, the two-time premier, by militants in a gun and bomb attack in 2008.
The developments come as the economy continues to spiral and discontent simmers in Pakistan following repeated devaluations of the rupee, soaring inflation, and rising utility prices.