The hosts were in complete control in #ENGvAFG at Old Trafford as they won by 150 runs today! 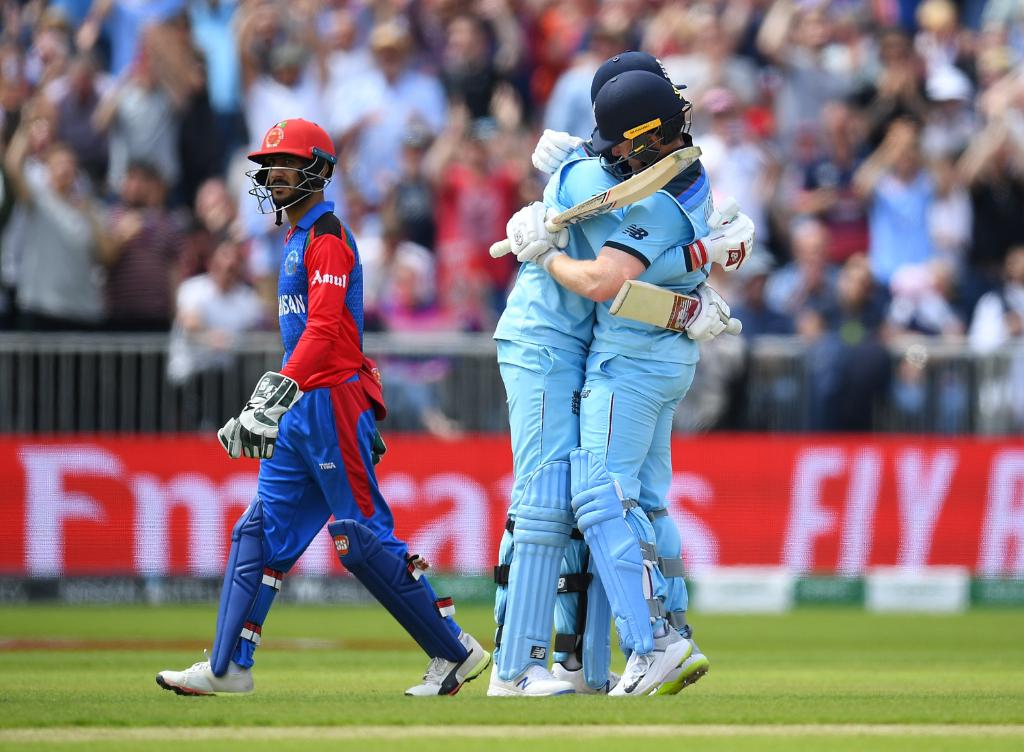 Result- England won by 150 runs
However, that is the only embarrassment that Afghanistan have been able to avoid as they were utterly humiliated by a much stronger England outfit.

Eoin Morgan & Co were completely ruthless since the start after they chose to bat after winning the toss. The match was actually absurd in many ways as this was England's lowest total after the first 10 overs in the World Cup till now.

They were going at a very measured pace till the 20th over but once Eoin Morgan arrived, he decimated the Afghanistan bowling attack, smashing a 71-ball 148, adorned by 17 sixes, yes all by himself, which is now the record for the most number of sixes by a batsman in an ODI.

Joe Root and Jonny Bairstow made 88 and 90 respectively which stand good on their own but pale in comparison to the skipper's performance.

Rashid Khan had a nightmare today as he gave away 110 runs from nine overs and became the first ODI spinner to concede more than 100 runs in a match.

Only Afghanistan know what Afghanistan were doing during the chase. Probably, they had accepted defeat after the first half and never attempted to chase the total, which is certainly a debatable approach.

Gulbadin Naib, Rahmat Shah, Hashmatullah Shahidi and Asghar Afghan all contributed to the 247 runs that Afghanistan were able to accumulate, but that served no purpose.

Jofra Archer, as always, was the pick of the bowlers for England and claimed three wickets. Adil Rashid also picked three, while Mark Wood bagged two.

England have once again established themselves as the firm favourites for the World Cup with this 150-run victory.