"I think starting another tension in that area with Iran, that borders Afghanistan, can also jeopardise a very delicate situation with Afghanistan", Pakistan's Foreign Minister Shah Mahmood Qureshi said. 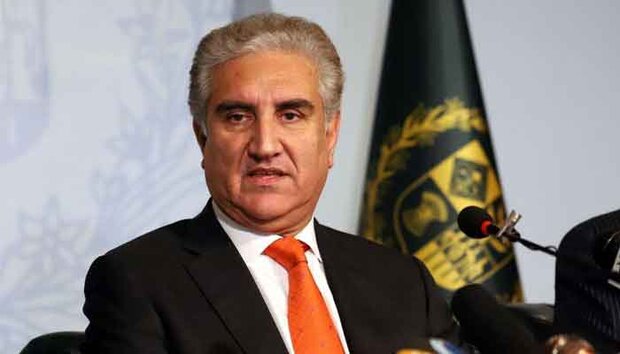 "I would err on the side of caution and would suggest restraint," he added in an interview with Euronews.
The Trump administration ordered sanctions on Iran's supreme leader and other top officials on Monday after Tehran downed an unmanned American drone.
"Pakistan wants to see a negotiated way out of these tensions. I don’t think heightened tensions in the region will help the US or Iran or the entire region," Qureshi said.
The US and the Taliban are trying to work on a deal to end the 18-year long war in Afghanistan. Upcoming peace talks are, according to sources Reuters spoke to, said to focus on a timeline for the withdrawal of US-led troops from Afghanistan.
"President Trump had made a commitment to the people of the US that he will pull out and he would withdraw from there."
"The new elections are approaching and I’m sure he has that in the back of his mind that he has made a commitment that he wants to honour, but he also has to see that the gains that have been made over the last so many years should not be lost," Qureshi said.