Africa Cup: Host Egypt win all matches in Group A 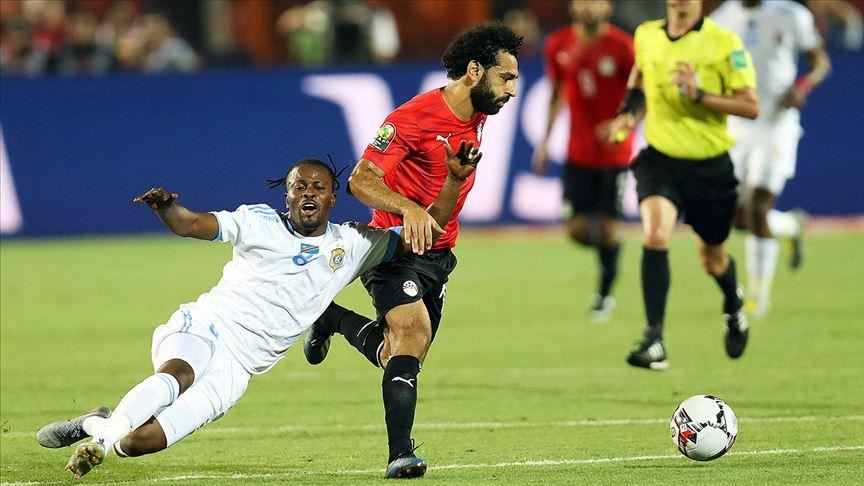 Liverpool star Mohamed Salah gave his team the lead with a great free-kick goal in the 36th minute of the game.
Ahmed Elmohamady from Aston Villa scored his team’s second goal before the half-time, 2-0.
In another Group A game, DR Congo hammered Zimbabwe 4-0.
Egypt has won its all games, while Uganda had 4 points as runners-up in the group stages, and both nations advanced to the last 16.
In Group A, Zimbabwe sit fourth with zero points as DR Congo sit third.
The tournament’s surprise team Madagascar beat Nigeria 2-0 in Sunday’s Group B match and finished the group stages with 7 points.
Three-time winners Nigeria advanced into the last 16 as runners-up from Group B.
In the second game of Group B, Guinea beat Burundi 2-0 in Cairo with Mohamed Yattara’s double.
Burundi was eliminated from the tournament, while Guinea still has a chance to qualify for the last 16.
The top two nations from six groups and the four best third-place nations will qualify for the round of 16 in the competition.