Taliban also claims to have carried out 45 attacks, killing 98 security forces across the country
At least 151 Taliban militants were killed in counter-terrorism operations during the past 24 hours across Afghanistan, said a Defense Ministry statement on Tuesday. 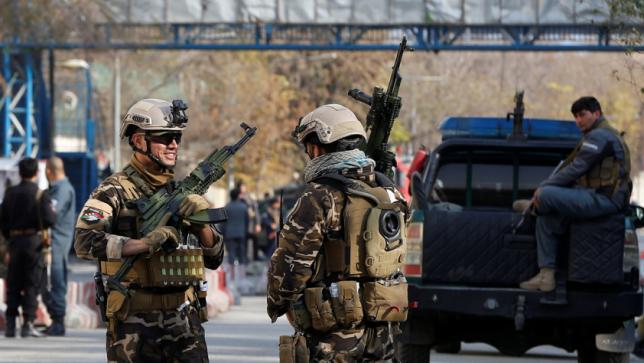 According to the ministry, the Afghan security forces conducted 14 joint operations and 89 special tasks to suppress the militant groups besides 24 airstrikes to support the ground forces.
The operations were carried out in Faryab, Badghis, Paktiya, Maidan Wardak, Ghazni, Takhar, Helmand, Kapisa, Khost, Logar, Nimroz, Herat, Balkh and Sar-e-Pul provinces, the statement added.
It did not mention which militant group they belong to but the Taliban is mostly active in the provinces where the operations were conducted.
In a counter statement, Taliban spokesman Zabihullah Mujahed said in a social media post that they carried out 45 attacks in different parts of the country, killing 98 members of the Afghan security forces.
We could not independently verify the authenticity of the Taliban's claim.
This came a day after officials in Kabul confirmed three people were killed and over 100 more, including nearly 50 school children, got injured in a Taliban-claimed suicide car bombing followed by gunfight close to a Defense Ministry facility.
There has been an evident surge in deadly armed clashes between the Taliban and the Afghan security forces amid ongoing peace talks between the U.S. and militants in Doha, Qatar.