North Korea’s latest ICBM can hit any target in America: US military 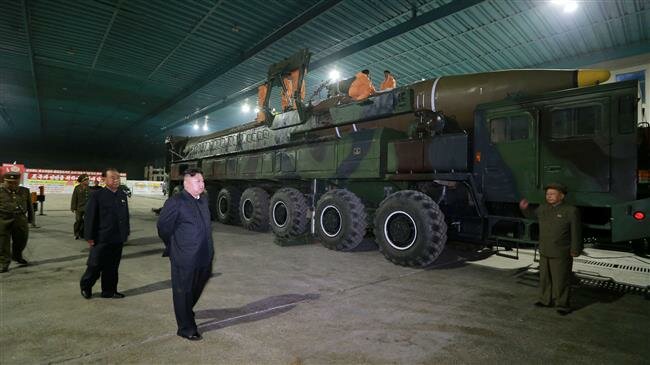 The US Forces Korea (USFK) said in its first official assessment of the long-range missile that with an estimated range of 12,874 kilometers (8,000 miles), Hwasong-15 is well capable of reaching the continental US.
It its “2019 Strategic Digest,” an annual publication by the USFK along with the United Nations Command and the Combined Forces Command, the USFK said the missile showed that Pyongyang was a long way from meeting America’s requirements for denuclearization.
US President Donald Trump and North Korea leader Kim Jong-un have met three times since last year to discuss the possibility of denuclearizing Pyongyang in exchange for removing all US sanctions against the Southeast Asian country.
North Korea successfully test-fired a Hwasong-15 missile last year and described it as the first missile capable of putting the whole US within its range.
The country has two other types of ICBMs – the Hwasong-13, which can fly as far as 5,500 km, and the Hwasong-14 missile with an estimated range of 12,874 km, which is capable of "reaching most of the continental U.S."
The North’s nuclear warhead and ballistic missile tests was for long a source of tension between Trump and Kim, to the extent that the two leaders exchanged threats nuclear annihilation through most of 2017.
In June 2018, however, the two leader met for the first time and set out a vague roadmap for North Korea’s denuclearization talks.
Pyongyang dismantled some of its nuclear and missile test sites but the talks fell apart soon after the two leaders met for a second time in Vietnam earlier this year only to cut the meeting short for unknown reasons.
"While (North Korean leader) Kim Jong-un ordered the dismantlement of a missile test site as well as the highly publicized destruction of the nuclear testing facility at Punggye-ri, much work remains to move toward the eventual goal of final, fully verified denuclearization," the USFK noted in the assessment.
Trump and Kim came together once more earlier this month, this time in the Demilitarized Zone (DMZ) separating the North from the South Korea.
During the meeting Trump and Kim agreed to resume talks and work out a deal as soon as possible.