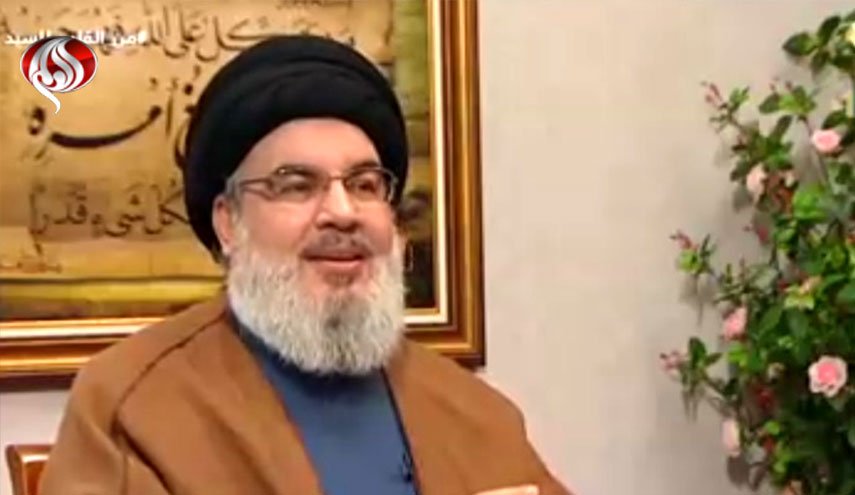 Sayyed Hassan Nasrallah made the remarks during a televised interview with Hezbollah’s al-Manar television on Friday on the occasion of the 13th anniversary of the Second Lebanon War in 2006.
“Once we said that we could strike targets south of Haifa. Today, we can say that if Israel has sites south of Eilat, then we can also hit them. All of Israel is under the range of our missiles,” he said.
The Hezbollah leader, while presenting the group’s developed capabilities, warned that in case of any confrontation, the Zionist entity would be brought to the “verge of vanishing, and it knows this.”
“We have a larger number of missiles and we have precise missiles that we did not have in 2006. We also have a large and powerful branch of UAVs,” Hezbollah’s chief further said.
Then, he held up a map of Israeli-occupied territories to the camera, pointing to potential targets for Hezbollah’s attacks.
“There is an area 70 kilometers long and 20 kilometers wide ... we can destroy it all,” Nasrallah said.
However, he said a war with Israel was unlikely to happen anytime soon, stressing that Israel will not risk another war on Lebanon thanks to Hezbollah’s deterrent force.
Nasrallah also said that he had deep hope that “we will pray in al-Quds [Mosque compound]” and that he was “certain of victory in any future war, God is with us.”
PressTV-‘Israeli forces to be destroyed if they attack Lebanon’
Elsewhere in his remarks, the Hezbollah leader blasted US President Donald Trump’s so-called Deal of the century, as a means to solve the decades-long conflict between Palestinians and the Israeli regime, stressing the proposal is doomed to fail.
The US killed the initiative after it recognized the whole Jerusalem al-Quds as Israel’s capital.
“The deal took its last breath when Trump recognized al-Quds as the capital of Israel. There is not a single Palestinian who will agree to a deal in which the Christian and Muslim holy sites of al-Quds will be transferred to Israel,” Nasrallah said.
PressTV-‘Palestinians united in rejecting deal of century’