At least 11 people, including eight security forces, were killed after terrorists stormed into a hotel in north-western Afghanistan on Saturday with the Taliban claiming responsibility for the attack. 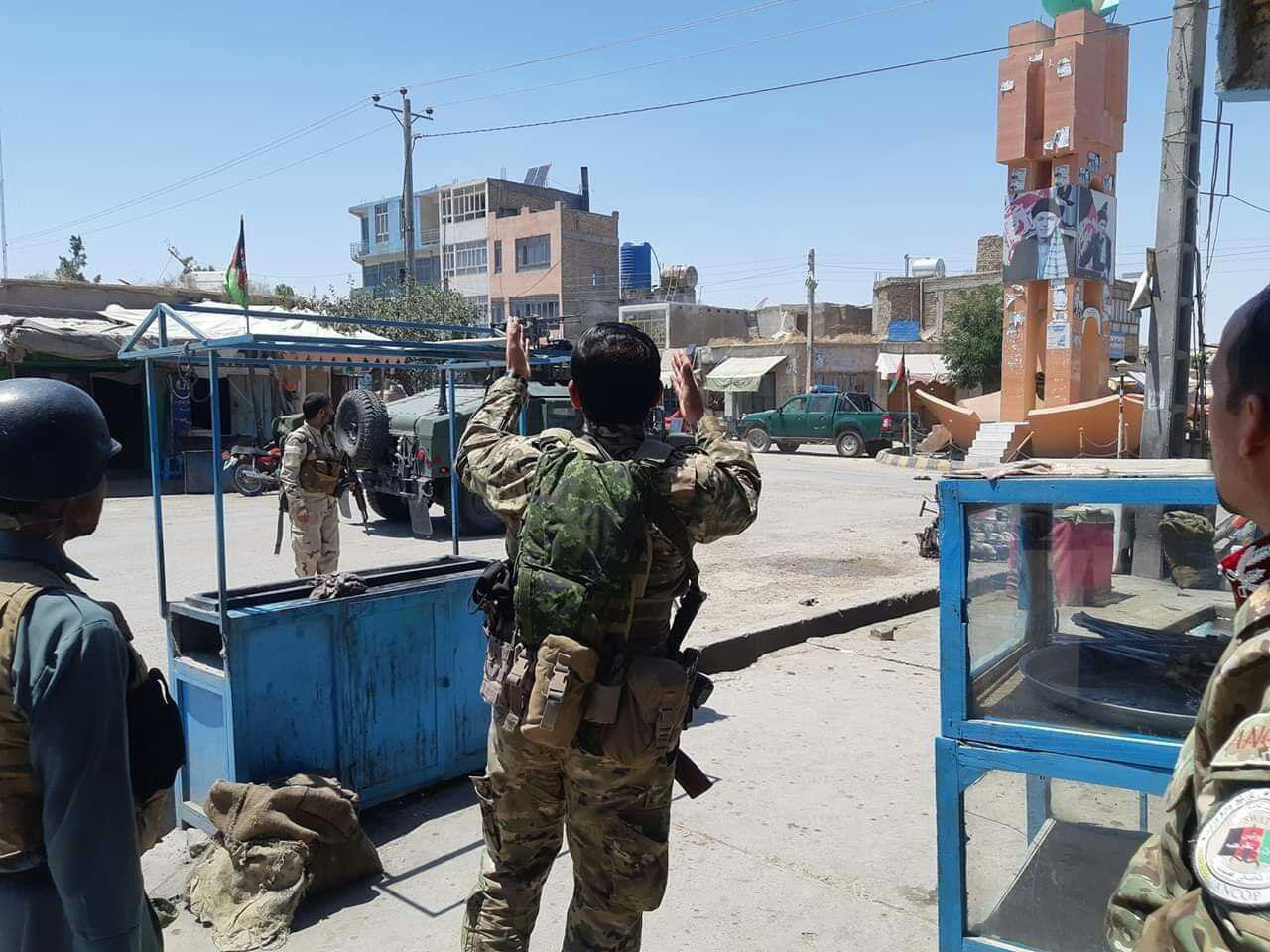 The assault took place at 12:40 pm (local time) when the terrorists entered the hotel in Qala-e-Naw, the capital of r, and fought against the security forces, TOLOnews quoted Afghanistan's interior ministry spokesperson Nusrat Rahimi as saying.
Following the attack, there was a continuous exchange of fire between the terrorists and police personnel.
The siege came to an end after seven hours and three terrorists were killed while two others were arrested, according to Rahimi.
He said that eight security personnel died and seven others were injured in the attack, warning that casualties may rise.
"Police cordoned off the area when the fighting was on," Rahimi said.
He added that a number of civilians have also been affected in the attack.
The Taliban has also claimed that they carried out an attack at the police headquarters in Badghis province.
The latest attack by the Taliban comes after peace talks were held between the group and representatives of the Afghan government in Qatar's Doha city on Monday.
The meeting, jointly organised by Qatar and Germany, is seen as an icebreaker that could eventually lead to a peace settlement in the country engulfed in war for the past 18 years.
Tags:
taliban peace talks Badghis Province
Source : خبرگزاری Herat Afghan Voice Agency(AVA)
Sunday 14 July 2019 01:32
Story Code: 188269 Copy text available
Taliban Kill at Least a Dozen Afghan Soldiers, a Day After Peace Talks
Daudzai assures peace talks with Taliban will yield positive outcome
Washington trying To Keep Afghan Peace Talks Safe From India-Pak Crisis
Taliban Urged To Heed Past Mistakes In Afghan Peace Talks
Afghanistan peace talks in doubt after Taliban's abrupt walkout
Featured news
Survey: Nearly half of Afghans want US troops out after Taliban peace deal
Magnitude 6.5 quake jolts eastern Turkey
China: 26 deaths, 881 confirmed cases of new virus
US DoD sees signs of progress with Afghan air force
Taliban expects an Afghan peace deal within 'days'
China shuts schools, temples, as virus death toll rises to 25
1
US troops block Russian forces’ way to oil fields in northeastern Syria
2
UN Envoy Spotlights Impacts of Violence, Threats Against Reporters in Afghanistan
3
German-Afghan Army Adviser on Trial for Spying for Iran
4
Pakistan PM Optimistic About US-Taliban Talks
5
UN experts demand probe into alleged MBS hacking of Washington Post owner’s phone
6
Taliban Education Director Killed in Faryab
7
Senate Pushes for Clarity on Next Fiscal Year’s Budget
8
Is the US provoking war with Iran?
9
Moscow, Tashkent Paid Efforts to Create Pacified Condition in Afghanistan: Lavrov
10
Militants kill 36 civilians in Burkina Faso market attack