A local radio anchor was killed by unknown armed men in Gardiz, the capital city of southern Paktia province, his death brings to over 20 the number of Afghan journalists were killed in the past two years in Afghanistan. 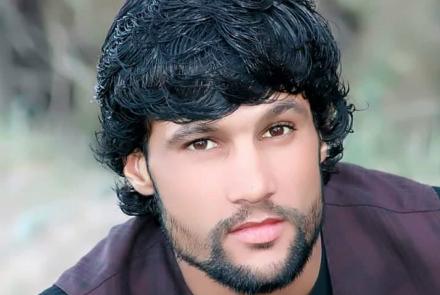 Nadershah Sahibzada was running social and cultural programs for a local radio channel called Sada-e-Gardiz Radion Station for the past three years, he was found dead on Friday evening.
Provincial Police Spokesman Sardar Wali Tabassum said provincial police has launched probe into the incident, but so far no one arrested in connection, and no group claimed responsibility for it.
NAI-a journalist rights origination, in a statement said that Sahibazada was disappeared on Friday evening and his dead body was found on Saturday.
Head of the radio station, Abdulrashid Jalazai said the dead body was found out by the security forces in the outskirt of the capital city.
No militant groups, including the Taliban have so far claimed responsibility for his murder.
Sahibzad had worked for three years as a presenter of social and literary programs in the radio. According to NIA, it is seventh journalist’s that has been murdered in Afghanistan this year so far.
His assassination comes at a time when Afghanistan has been described as one of the most dangerous country for journalists despite a relative good state of freedom of speech.
In May this year, a well-known journalist and advisor for the parliament, Meena Mangal was shot death by unidentified armed men in Kabul city.
Just recently, the Taliban group has warned journalists and media staffers of dire consequences if they did not stop anti-Taliban advertisement, where according to the group, its aimed to defame them.