A number of the lawmakers describe the increase of sexual favor allegations on the Presidential Palace (ARG) shameful and stress that the allegations should be seriously investigated. 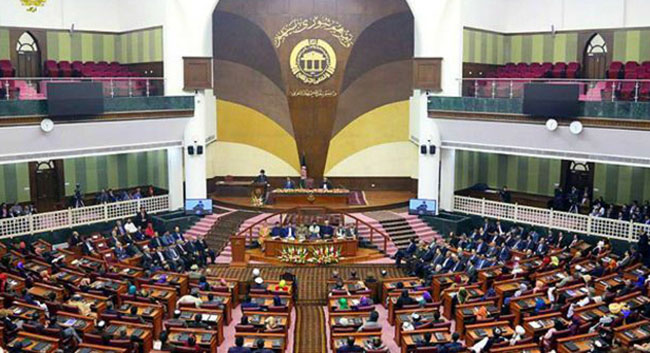 “This is very shameful. I do not know why the judiciary and judicial institutions are silent,” said Sharif Balkhabi, an MP from Jowzjan province.
“The judiciary and judicial institutions should seriously and impartially follow the allegations,” said Fawzia Naseryar, an MP from Kabul province.
Around two months ago, a former advisor to President Ghani claimed that some of the senior officials at ARG seek sexual favors in exchange for high-rank positions.
Though ARG rejected the allegation, BBC recently has interviewed some of the Afghan women who claim that the senior officials at government have abused them sexually.
However, the BBC keeps the identities of these women anonymous.
One of the interviewed women says that her boss, who is a senior minister, has repeatedly suggested that she have sex with him.
“When I went to see him he told, ‘the reason I selected you is I want you to be my friend.’ He was asking for sex directly from me. I told him, ‘I am qualified; I never thought you would say such things to me. I stood up to leave; he grabbed my hand and took me to a room at the back of his office. He pushed me towards the room and told me, ‘it will take only a few minutes done worry come with me’. I pushed by his chest and said, ‘enough! Don’t make me scream’,” said one of the interviewed women.
At the same time, the Attorney General Office says that legal measures will be taken regarding the allegations.
“The Attorney General Office (AGO) takes measures independently and impartially based on Afghanistan’s law, and the provided evidence and documents,” said Jamshed Rasuli, the Spokesperson of AGO.
The experts say that if AGO does not follow the sexual favor allegations on ARG independently, its independence will be dubious.