President Ashraf Ghani alongside other senior officials laid the foundation stone of the Darulaman Administrative Complex on Sunday. 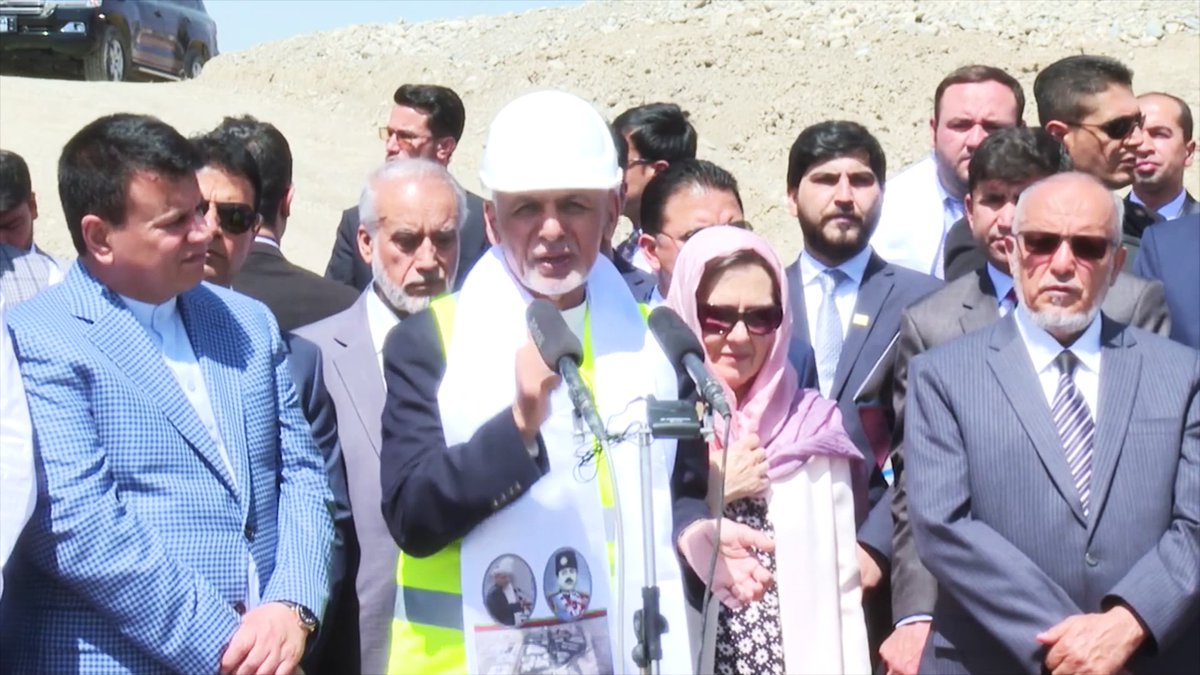 We want the Kabul which Babur wanted his corpse to be buried in; this Kabul is underway. A plan has been designed in six volumes and this [Darulaman Administrative Complex] is only one of them,” said President Ghani.
However, the founding stone of Darulaman Administrative Complex was laid by Sayeed Saadat Mansour Naderi, the former Minister of Urban Development alongside some other government officials including the governor of Kabul back in May 2018.
According to a statement which was released by the Kabul’s Governor Office on May 30, 2018, the infrastructure building of the first phase of the complex had begun a year ago; however, it was inaugurated for the second time today.
“This administrative complex is only part of a broad development corridor and the target is that no building can be higher than the Darulaman palace,” said President Ghani.
Jawad Peykar attended the first foundation stone-laying ceremony of the Darulaman Administrative Complex as the Chief of Afghanistan Land Authority a year ago; however, he attended the second founding stone-laying ceremony of the complex as the acting Minister of Urban Development today.
“The governmental institutions which are to offer services to the country’s citizens should have a specific address to avoid wandering of the people,” said Peykar.
It has been reported several times yet that President Ghani re-inaugurates some of the projects which have been inaugurated in the past.
The criticizers describe this action of the President as part of his electoral campaigns.
The Darulaman Administrative Complex is supposed to be constructed in 200 hectares of land where 27 governmental office will be transferred to.
Tags:
Ghani Lays Foundation Stone of Darulaman Administrative Complex
Source : Afghan Voice Agency(AVA)
Sunday 14 July 2019 17:29
Story Code: 188318 Copy text available
Featured news
Nabil: Government’s Ploy To Release Taliban Prisoners But Make People Take Responsibility
Turkey rescues 74 asylum seekers in Aegean
2 More Kidnapped Indian Engineers Freed in Afghanistan
World Bank Approves $380M for Afghanistan
Afghan parliament speaker calls Loya Jirga on Taliban prisoners 'illegal'
MoPH Survey Finds 10 Million People Infected With COVID-19 In Afghanistan
1
Government Collected Over 2.2 Billion AFN In Telecom Tax This Year
2
OPEC daily basket price stood at $43.02 a barrel Friday
3
Chabahar Port Exports Continue To India And Southeast Asia Despite Economic Slowdown
4
Power Exports From Iran Resumed After Repairs
5
Afghan Imports To Pakistan See 28.53% Decrease In FY 2019-20
6
World Bank Approves $380M for Afghanistan