Afghanistan returned winless from the 2019 World Cup while there were a lot of hopes tied to the team. 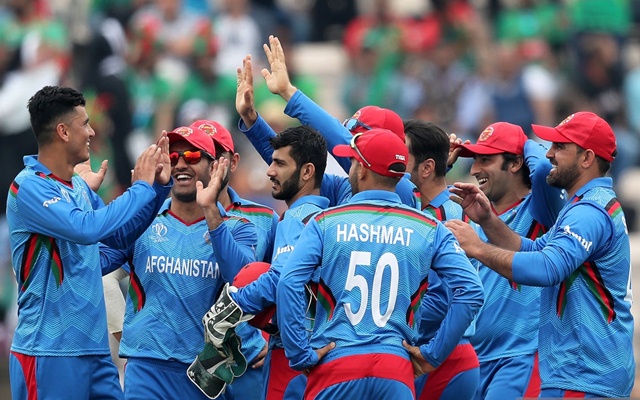 The Afghanistan Cricket Board (ACB) has decided to suspend chief selector Dawlat Ahmadzai and team manager Nayeem Sayem for one year. The decision was made after a board meeting in Kabul following the team’s abysmal campaign in the 2019 edition of the World Cup in England and Wales. The team couldn’t win a single match from the nine they played, though it got close in a couple of games.
Before the start of the mega event, Ahmadzai took the bold call of removing long-time Asghar Afghan from the captaincy position. Instead, Gulbadin Naib was given the mantle in the World Cup and he flattered to impress. The reason for suspending Sayem was also the team’s poor conduct during the tournament, which saw the players getting involved in a restaurant brawl in Manchester.
“The board members decided that it was necessary to suspend a few people, who played a role in the team’s poor outing in England. It’s a matter of great seriousness for us,” an ACB board member was quoted as saying in Sportstar.
Turmoil in Afghanistan cricket
Earlier, right-arm fast bowler Aftab Alam was sent back home midway through the World Cup under ‘exceptional circumstances’. The 26-year-old speedster was later handed a one-year suspension. It has also been learned that the board had indeed sacked former acting CEO Asadullah Khan, who was initially thought to have resigned from his position.
The ACB has appointed Lutfullah Stanikzai as the new CEO even as former national coach, Andy Moles is set to temporarily look after the selection process. Phil Simmons, their head coach, informed that he won’t continue after the World Cup. As far as the appointment of a new coach is concerned, the board officials have confirmed that no decision on the same has been taken.
Recently, Rashid Khan was appointed as the new captain in all the formats following Naib’s lacklustre show in the World Cup. Afghanistan finished the tournament at the bottom of the points table. Gulbadin Naib and Co ran the Asian heavyweights India and Pakistan close. But the team couldn’t get over the line. Even Rashid had his difficulties as he couldn’t quite run through batting lineups with the ball in hand.