Iran has rejected US President Donald Trump’s claim that a US warship had shot down an Iranian Unmanned Aerial System (UAS) in the Strait of Hormuz. 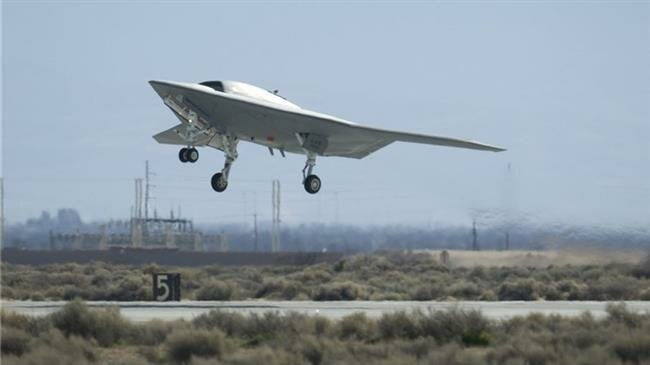 “We have not lost any drone in the Strait of Hormuz nor anywhere else,” Iranian Deputy Foreign Minister Seyyed Abbas Araqchi said in a tweet on Friday.
“I am worried that USS Boxer has shot down their own UAS by mistake!”
Later on Friday, a spokesman for the Iranian Armed Forces also rejected the US president’s claim, saying the claim is aimed at creating tension and disrupting security in the strategic waterway.
"Unlike Trump’s delusional and groundless claim, all drones belonging to the Islamic Republic of Iran in the Persian Gulf and the Strait of Hormuz, including the one mentioned by the US president, have returned to their bases safe and sound after carrying out their scheduled surveillance and control operations,” Brigadier General Abolfazl Shekarchi said.
“The Armed Forces of the Islamic Republic of Iran always feel duty-bound to protect, control, and safeguard the security of the Persian Gulf and the Strait of Hormuz with full vigilance while observing international regulations,” he added.
The comments came after President Trump claimed that the USS Boxer had fired on an Iranian drone on Thursday, shooting it down in the Strait of Hormuz. The US president claimed that Iran’s drone “was immediately destroyed.”
It came almost a month after the IRGC shot down an intruding American spy drone in the country’s southern coastal province of Hormozgan.
On Thursday, Iran's Islamic Revolution Guards Corps (IRGC) said it had seized a foreign ship that was smuggling fuel in the Persian Gulf near the Strait of Hormuz.