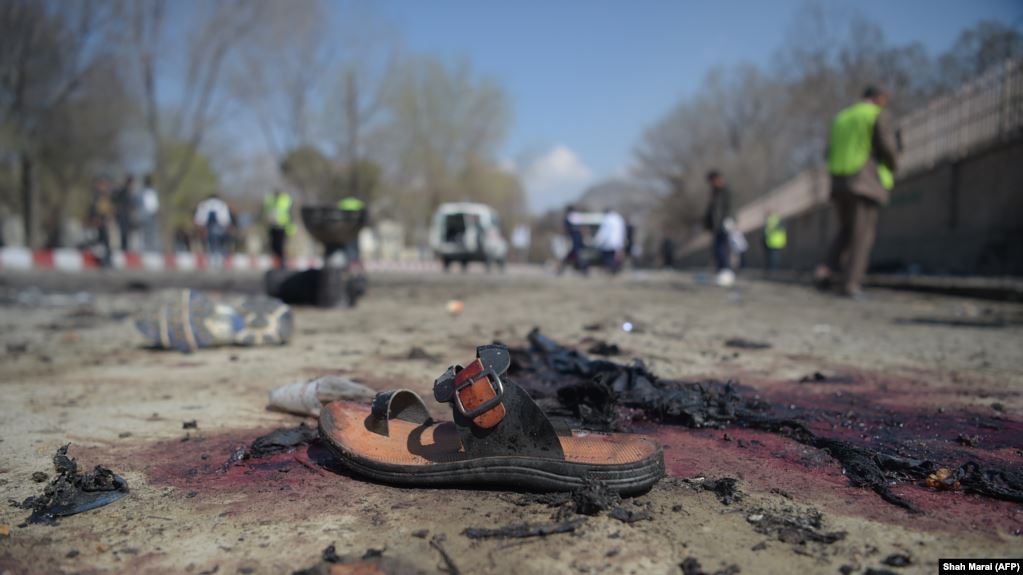 The terroristic groups are considered as the reason behind the civilian causalities; however, the government has not been assumed faultless in this regard.
“When we recognize that there are civilians near to the terrorists we do not conduct any operation,” said Rohullah Ahmadzai, the Spokesperson of the Defense Ministry.
However, the figures of the civilian causalities are considerably more different in comparison to the recorded statistics in the Afghanistan Independent Human Rights Commission (AIHRC).
According to the AIHRC’s figures, over 75,000 civilians have been killed and injured (over 26,162 killed, around 49,154 wounded) in the last decade as the result of the Afghan war.
The number of civilian causalities is assumed to be more than the number in the previous administration.
“Unfortunately, we have been witnessed the increase of the civilian causalities in last five years in which both sides have been involved in,” said Sayeed Musa Mahmoudi. The Chief Executive Director of AIHRC.
Concurrently with the recent peace efforts, no change has come in the number of civilian causalities although an agreement was made in the Doha intra-Afghan summit on stopping the military activities in the locations where civilians are residing.
“We hope the peace talks have positive results so we can witness peace in the country,” said Sayeed Ahmad Arman, a Kabul resident.
This comes as the United States has said that reducing the violence especially the civilian causalities in Afghanistan is one of the main perspectives in peace talks with the Taliban.
Tags:
Afghan War; Over 93,000 Civilian Victims In Last Decade
Source : Ariana News
Saturday 20 July 2019 16:55
Story Code: 188660 Copy text available
Peaceful end of Afghan war may be in sight
This Man Is Revered Among the Taliban. Can He End the Afghan War?
Afghan War Casualty Report: Jan. 4-10
US drops nearly 6000 bombs in Afghanistan in 2018
Maulana Samiul Haq’s help sought to end Afghan war
Featured news
ISIS-K leader Aslam Farooqi arrested
Four Arrested in Accusation of Cooperating with Taliban in Kabul
Kidnappers arrested in Herat
COVID-19 Testing Center Opened in Balkh
CENTCOM confirms deploying new Patriot missiles to Iraq
UN chief renews call to warring parties to halt clashes, focus on coronavirus fight
1
Taliban ready to stop fighting in virus-hit areas to ensure aid delivery
2
Twenty trucks take US military equipment out of Iraq, into Syria: Report
3
100 Taliban militants to be released from Afghan jails
4
Afghan forces kill, wound 9 Taliban militants in Jawzjan province
5
Philippine’s Duterte orders police to ‘shoot dead’ lockdown violators
6
Twitter suspends Iran Leader’s accounts
7
Official: Iran screens many Afghan, Pakistani pilgrims at borders
8
Taliban prisoner release delayed
9
Pentagon announces $7.1 million to support the drones operations of Afghan forces
10
Taliban commander among seven killed in Jawzjan clashes