Afghan Chief Executive Abdullah Abdullah has suggested that the idea of forming an interim government could be discussed in peace talks. 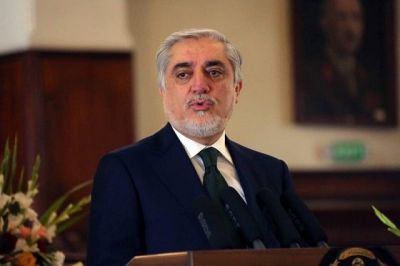