Hours before his meeting with US President Donald Trump scheduled on Monday at White House, Pakistan’s Prime Minister Imran Khan Sunday that “Afghanistan has no military solution”. 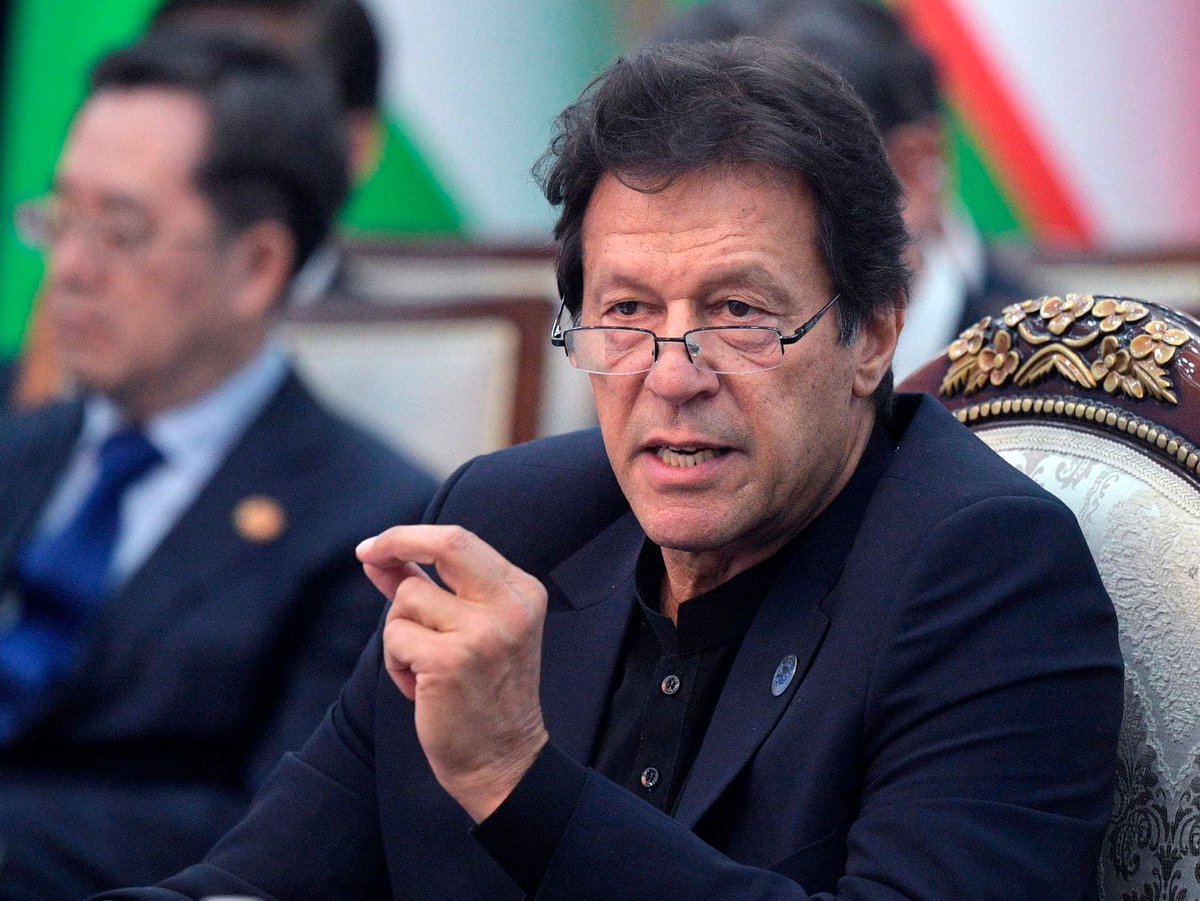 "What you want me to say to talk to Trump. I am proud that. Now the whole world is saying that Afghanistan has no military solution. Insha Allah, I will put your case before Donald Trump. I will not embarrass you, Insha Allah," he said while addressing a big gathering of Pakistani Americans at the capital of Arena in the downtown Washington.
Khan arrived in Washington on Saturday on a three-day visit on the invitation of Trump.
Trump is likely to press Khan for help on ending the war in Afghanistan and fighting militants when the two leaders meet at the White House on Monday amid their countries’ strained relations, Reuters reported.
Last year, Trump cut off hundreds of millions of dollars in security assistance to Pakistan, accusing Islamabad of offering “nothing but lies and deceit” while giving safe haven to terrorists, a charge angrily rejected by Islamabad.
“The purpose of the visit is to press for concrete cooperation from Pakistan to advance the Afghanistan peace process and to encourage Pakistan to deepen and sustain its recent effort to crackdown on militants and terrorists within its territory,” a senior US administration official told Reuters.
The official, who spoke on condition of anonymity, said the United States wants to make clear to Pakistan that it is open to repairing relations if Pakistan changes how it handles “terrorists and militants.”
In Afghanistan, the official said, the peace process is at a critical point and Washington wants Pakistan “to pressure the Taliban into a permanent ceasefire and participation in inter-Afghan negotiations that would include the Afghan government.”
Tags:
Afghanistan Has ‘No Military’ Solution, Khan Says
Source : Afghan Voice Agency(AVA)
Monday 22 July 2019 09:10
Story Code: 188758 Copy text available
Featured news
UAE firm to invest in 3,000 MW solar power project in Afghanistan
Women and children among 10 killed, wounded in Kandahar roadside bomb explosion
Afghanistan, US, Uzbekistan Discuss Trilateral Cooperation
Russia receives orders from 20 countries for ONE BILLION doses of world’s first Covid-19 vaccine
Pompeo Says He Warned Russia Against Offering Bounties for US Soldiers
21 Civilians Killed in 10 Days in Arghistan District of Kandahar: AIHRC
1
Loya Jirga decides that 400 hard-core Taliban prisoners should be released
2
9 members of a single family wounded in Taliban mortar attack in East of Afghanistan
3
US to cut troop levels in Afghanistan
4
Terrorists trained by Pakistani commandos in Afghanistan planning attacks in Kashmir: Report
5
Nabil: Pakistan Is Never Trustworthy
6
U.S. plans to withdraw more than 4,000 troops from Afghanistan by end of November
7
Intra-Afghan Talks to Begin on August 16 in Doha: State TV
8
Pakistan steadfast for inclusive Afghan settlement: FM
9
Taliban expresses readiness to hold peace talks with Afghan govt
10
Khalilzad Expects Prisoners' Release in 'Next Few Days'