The case of sexual harassment claim of Afghan female football players which was published by an international newspaper have been sent to the EVAW court on the 11th of July 2019. 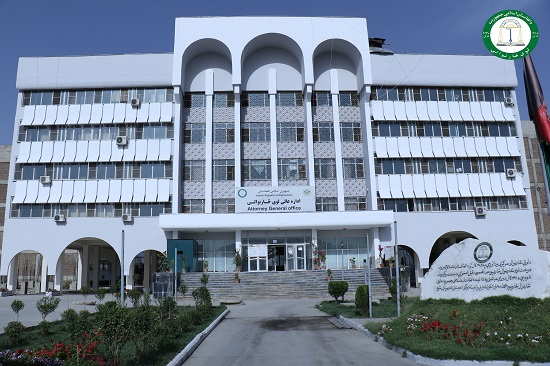 The Attorney General’s Office (AGO) of the Islamic Republic of Afghanistan assigned a delegation to investigate the case comprehensively, fairly and accurately. Which after completing the investigation conducted in and abroad of Afghanistan, the case was sent to the court by the assigned delegation.
In connection to this case, former Afghan Football President including six other individuals (the Secretary General, In charge of the Goalkeeper's Committee, In charge of Provincial Relations, Secretary of the President and In charge of Security) became accountable and were accused.
The lawsuit filed by the prosecutors charged them for rape, sexual harassment, abuse of jurisdiction and concealment of the crime.
During this investigation, each one of the accused were barred from leaving the country and their duties were suspended.
Tags:
AGO Sent the Case of Sexual Harassment Claim of Afghan Female Football Players to the Court
Source : Afghan Voice Agency(AVA)
Monday 22 July 2019 19:04
Story Code: 188798 Copy text available
Featured news
VP Saleh Cracks Down on Undocumented Vehicles
Pakistani Taliban ‘Adviser’ Among 50 Militants Killed In Kandahar
9 Civilians Killed In Roadside Explosions In Wardak
ANP Nabs 5 Suspects over Multiple Charges
MFA: Pakistan ‘Severely’ Damaging Relations By Firing Rockets Into Kunar
FEFA: Parliament Should Vote For Accountable And Competent Candidates
1
Any transaction that benefits Israel not permissible: Ayatollah Sistani
2
NGO Says Lashkar Gah Surgical Centre ‘Now Saturated’
3
Afghanistan ranks 99th among 107 countries in 2020 Global Hunger Index
4
COVID-19: 87 New Cases Reported From 523 Samples
5
Over 40 Schools Closed Due to Conflicts in Helmand: Official
6
National Standards Authority Needs Comprehensive Reforms
7
Folk Singer Dur Mohammad Kishmi Dies at 86
8
Saleh: Criminals Have Two Choices, Behind Bars Or Stop Crimes
9
Pakistani Authorities Seize 74 Smuggled Falcons
10
FEFA: Parliament Should Vote For Accountable And Competent Candidates