There is no clarity on who was behind the attack in Logar province's Baraki Barak district with Afghan officials giving conflicting accounts of the air raid on Kuchi nomadic people. 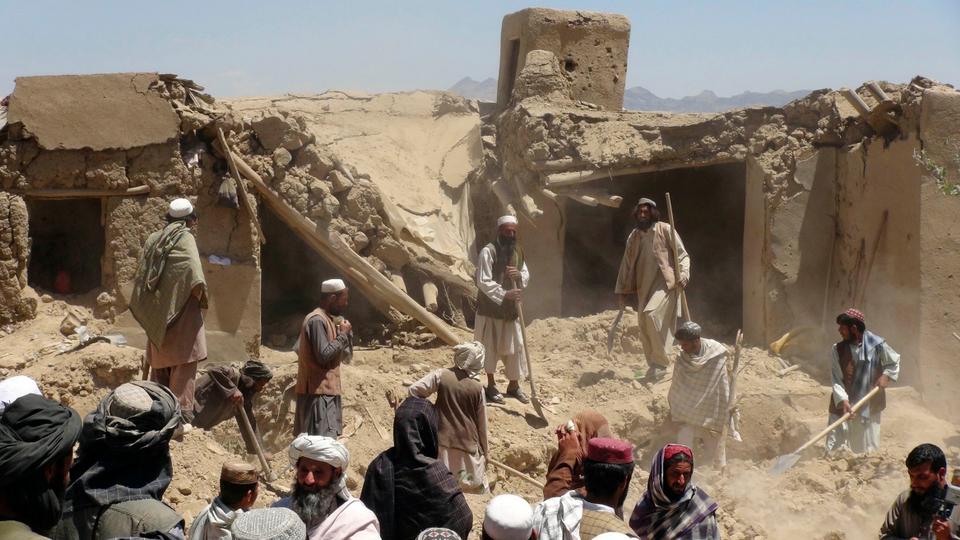 At least eight civilians – including children – were killed in an air strike that destroyed two homes in eastern Afghanistan's Logar province, an official said on Monday.
It was not immediately clear who was behind the strike. US and NATO forces in Afghanistan declined to comment, but the Afghan Defence Ministry said it would issue a statement later.
Shahpur Ahmadzai, spokesman for the police headquarters, told media the US forces hit a suspected Taliban target in the Baraki Barak district last night. Without confirming the death toll, he said investigations have begun into alleged civilian casualties following this raid in residential areas.
Reuters quoting the same official said the raid was launched by Afghan government forces.
"According to our initial information a number of militants were killed or wounded, but local people gathered in the area, claiming that a house belonging to a Kuchi family had been bombed, causing civilian casualties," Ahmadzai said.
Mohammad Naser Ghairat, a provincial councilman in Logar, blamed NATO international forces in Afghanistan, saying they carried out the air strike. The alliance did not immediately comment on the reports.
District governor Ahmad Wais Abdul Rahimzai said the air strike hit two residential houses in the district, noting that the homes were occupied by Kuchi, an ordinarily nomadic people who sometimes settle in permanent structures.
"Two children are among those killed, and two women are among the wounded," he said.
Deaths amid peace talks
The deaths come amid a flare-up in violence across war-torn Afghanistan, where civilians are dying each day even as the US and the Taliban have claimed progress in an ongoing series of peace talks.
Didar Lawang, a spokesman for the provincial governor, confirmed the air strike had resulted in civilian casualties but did not provide details.
The conflict in Afghanistan has in recent weeks intensified with both Afghan forces and the Taliban claiming to have inflicted heavy casualties on the other's forces.
The clashes have also killed or wounded scores of civilians, including many children.
At least eight Afghan civilians were killed when a car bomb detonated near a major university in Kabul city last week.
Afghan officials blamed the Taliban for the bloodshed, though the insurgents denied any involvement.
Rise in civilian casualties
The United Nations has repeatedly expressed concern about civilian casualties, which reached their highest level last year since detailed accounting began nearly a decade ago.
The war claimed 3,804 civilian lives in 2018, including 927 children, both figures all-time highs, representing an 11 percent increase in civilian deaths compared with 2017, the UN Assistance Mission in Afghanistan said in February.