Afghanistan Presidential Candidates’ Campaign to Officially Kick off Next Sunday 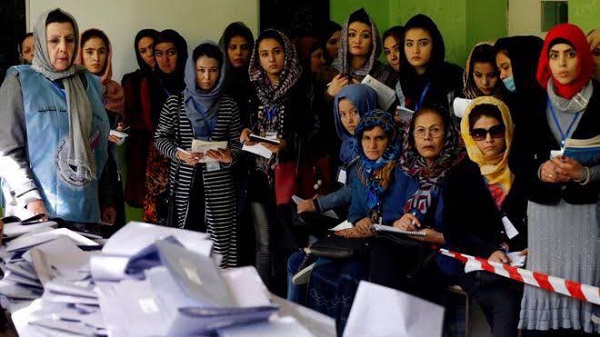 Addressing a news conference on Thursday in Kabul, members of IEC and IECC said that the commission is fully prepared to file complaints about violations during the election campaign.
The commission called on all presidential candidates and their supporters to run their election campaigns according to the enforced laws of the country.
The Electoral Complaints Commission emphasized that any campaigning activity in the pre-election period or after the defined time will be considered as election violation.
Based on the election law, presidential candidates and political parties are required to observe the principles of running election campaigns such as respect for all laws and regulations of the country, the principle of honesty, the principle of respect for the personalities, political freedoms within the framework of the law, equal access to financial and national facilities and the principle of impartiality, as per IECC.
The Electoral Complaints Commission added that candidates and their supporters should refrain from disrupting the campaigns of other election teams, disturbing their meetings and gatherings, campaigning at military places, using foreign aid for campaigning, and exploiting financial resources of government.
According to the commission, so far none of the candidates have filed any complaint against the other candidate before the official start of election campaign.