Intra-Afghan talks only after US, Taliban deal: Envoy

Washington's top peace envoy for Afghanistan on Sunday clarified the intra-Afghan negotiations will take place only after the U.S and Taliban conclude their agreements. 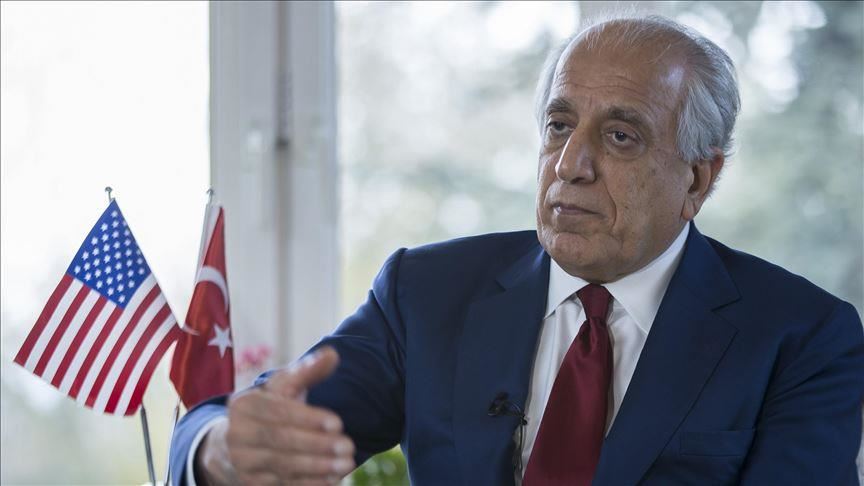 U.S. special representative for Afghanistan reconciliation Zalmay Khalilzad’s remarks came a day after an Afghan official announced in a major revelation that the much-awaited face-to-face talks with the Taliban will start within the next two weeks and will be held in a European nation.
''[...] they (talks) will take place between the Taliban and an inclusive and effective national negotiating team consisting of senior government officials, key political party representatives, civil society and women,” the Afghanistan-born seasoned American diplomat said.
He said these negotiations will occur after ''we conclude our own agreements''.
Khalilzad is set to resume the marathon round of talks with the Taliban in Doha, Qatar.
The Taliban have agreed to hold talks with Afghan officials, asserting the officials would join talks in “personal capacity”.
Spokesman for the Taliban's Qatar office, Suhail Shaheen, said the intra-Afghan dialogue would only begin after the timetable for the withdrawal of foreign troops is announced.
Afghanistan's State Minister for Peace Affairs, Abdul Salam Rahimi -- a close aide to President Mohammad Ashraf Ghani -- said in a statement on Saturday that a 15-member team including religious scholars, women and civil society members representing Kabul at these proposed talks has been finalized. Rahimi also called for an immediate reduction in violence across the country.
Afghanistan has witnessed an evident surge in violence this month.