John Sopko, the U.S. Special Inspector General for Afghanistan Reconstruction, has outlined some of the problems associated with the equipping and training of Afghan security forces. Sopko, speaking at the Center for Strategic and International Studies in Washington, on Monday, pointed out the following: 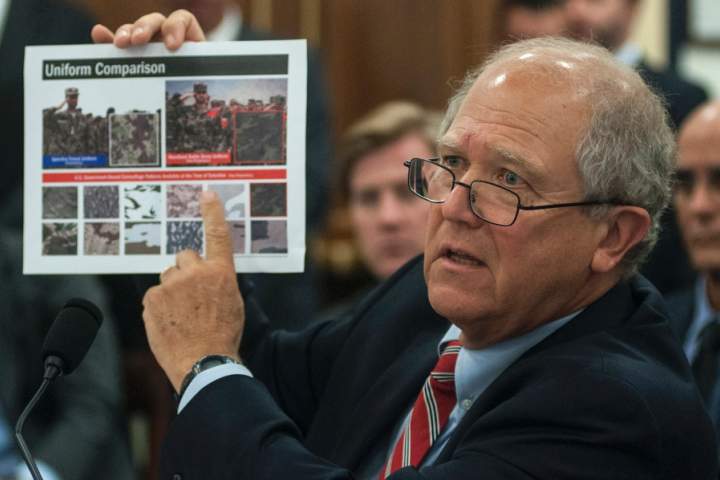 — There was no single person, agency, military service, or country responsible for the oversight of all U.S. and international activities to develop the Afghan security forces. Even within the U.S. government, no organization or military service was assigned ownership of developing key components of the mission.
— While the dual-hatted U.S./NATO commander in Afghanistan is largely responsible for reconstructing the Afghan security forces, as with all NATO operations, the commander lacks absolute authority to dictate the exact methods and activities each NATO country must use when training, advising, or assisting the Afghan security forces and the Afghan ministries of defense and interior. This impeded the standardization of security assistance programs and failed to optimize the international community’s significant contribution.
— The United States taxpayer has expended more than $18 billion U.S. ($23.6 billion Canadian) to equip the Afghan security forces, providing over 600,000 weapons; 70,000 vehicles; and more than 200 aircraft.
— While advisory experience is preferred in Security Force Assistance Brigade (SFAB) personnel, about 20 percent of the 1st SFAB had never previously deployed. Even though the Army offered a number of incentives for volunteers, the 1st SFAB was filling billets right up until its deployment. Advisor roles continue to be seen as not career enhancing, which contributes to high attrition rates – up to 70%  – limiting continuity and institutional memory.
— While pre-deployment training for SFAB units has improved, training still fails to provide instruction tailored specifically to the SFABs’ mission in Afghanistan. For example, many advisors were unaware that the Afghan security forces prioritize the evacuation of deceased personnel over critically wounded based on religious customs. Knowledge of these critical command and control relationships and important aspects of Afghan military culture are important for U.S. advisors to be successful from day one of their deployment.
— It is difficult to judge the true impact of the SFAB’s deployment because the units lack a monitoring and assessment tool to assess their Afghan counterparts and mid-deployment reassignments such as having to switch from advising an Afghan army unit to an Afghan police unit.
— While the pseudo FMS process allowed the United States to rapidly equip the Afghan security forces, the United States was unprepared to take on the responsibility of equipping a force at the scale required in Afghanistan.
— The Afghan security forces have just 38 armoured ambulances for 352,000 authorized personnel. The Afghan Ministry of Defense has requested that the U.S. provide additional armoured ambulances. In 2017 alone, the U.S. Army sent 287 surplus armed ambulances to be destroyed, rather than provide them to the Afghan military.
— If and when the U.S. military transitions to a more traditional security cooperation mission in Afghanistan, the Afghans will need to be able to play a larger role in the direction, execution, and tracking of their own equipment procurement, training contracts, and sustainment.