The Taliban supreme leader Mullah Hebatullah Akhundzada has said the group is engaged in peace talks with ‘utmost seriousness’. 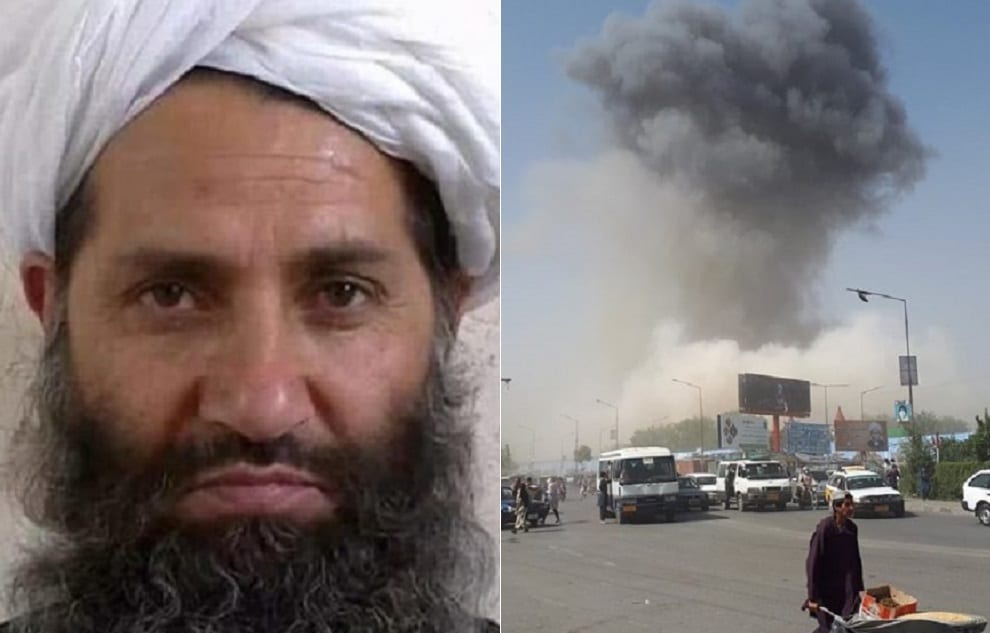 Akhundzada made the remarks in a written message issued ahead of Eid Al-Adha.
He said “Worthwhile steps have been taken by the political office, the process is administered by the political deputy leader and a strong negotiation team is appointed hence you must also pursue this process with sincerity so that effective steps are taken towards a resolution and the eighteen-year tragedy brought to an end.”
Furthermore, Akhundada said “However, the increasing blind and brutal bombings by America during the negotiation process, attacks on civilian areas and the contradictory statements by your military and political officials has generated a cloud of uncertainty about this process and raised doubts about your intentions.”
He also added “Since bilateral trust is the foundation of a successful negotiations process therefore it is imperative that such negative actions are ceased.”
The latest Eid message by Taliban supreme leader was issued amid a sharp rise in violence across the country, mainly due to the Taliban-led insurgency.
The Taliban group on Wednesday claimed the deadly bombing in Kabul city which killed at least 14 people and wounded 145 others, mostly civilians.
Tags:
Taliban Chief claims ‘utmost seriousness’ in peace talks amid a sharp rise in violence
Source : khaama press
Thursday 8 August 2019 11:06
Story Code: 189793 Copy text available
Featured news
UAE firm to invest in 3,000 MW solar power project in Afghanistan
Women and children among 10 killed, wounded in Kandahar roadside bomb explosion
Afghanistan, US, Uzbekistan Discuss Trilateral Cooperation
Russia receives orders from 20 countries for ONE BILLION doses of world’s first Covid-19 vaccine
Pompeo Says He Warned Russia Against Offering Bounties for US Soldiers
21 Civilians Killed in 10 Days in Arghistan District of Kandahar: AIHRC
1
Loya Jirga decides that 400 hard-core Taliban prisoners should be released
2
9 members of a single family wounded in Taliban mortar attack in East of Afghanistan
3
US to cut troop levels in Afghanistan
4
Terrorists trained by Pakistani commandos in Afghanistan planning attacks in Kashmir: Report
5
Nabil: Pakistan Is Never Trustworthy
6
U.S. plans to withdraw more than 4,000 troops from Afghanistan by end of November
7
Intra-Afghan Talks to Begin on August 16 in Doha: State TV
8
Pakistan steadfast for inclusive Afghan settlement: FM
9
Taliban expresses readiness to hold peace talks with Afghan govt
10
Khalilzad Expects Prisoners' Release in 'Next Few Days'