US-Taliban talks end without deal, both sides to consult

Two sides have been negotiating in Doha for agreement that would see the US withdraw its troops from Afghanistan. 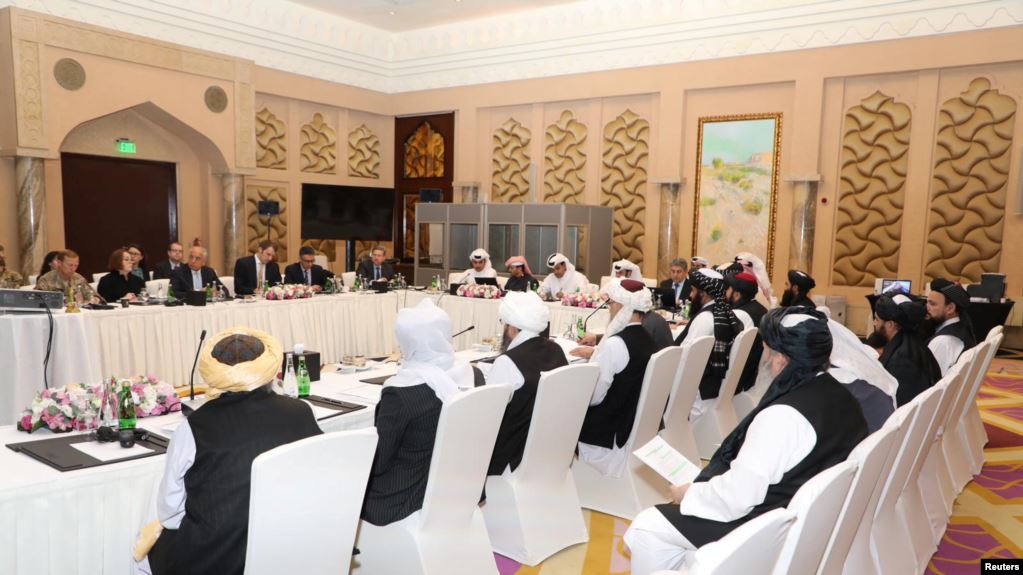 The latest round of talks between the Taliban and the United States has ended without any signs of reaching a peace deal for Afghanistan, as both sides said they would consult their leaderships on the next steps.

The eighth round of talks, which began in Qatar's capital on August 3 and focused on technical details, ended in the early hours of Monday.

Neither side provided details of the outcome of the discussions in Doha, but US envoy Zalmay Khalilzad called them "productive" and Taliban spokesman Zabihullah Mujahid described them as "long and useful".

The two sides have been discussing an agreement under which US forces would withdraw from Afghanistan and the Taliban would guarantee the country would not revert to being a launchpad for global attacks.

But the US is also pushing for a Taliban agreement on two other, more far-reaching elements: power-sharing talks with Afghanistan's US-backed government and a ceasefire.

An agreement would allow US President Donald Trump to achieve his aim of ending a war launched in the days after the September 11, 2001, attacks on the US.

The war has become a stalemate, with neither side able to defeat the other and casualties rising among civilians, as well as combatants amid surging violence.

The Afghan government has not been involved in the talks. The Taliban refuse to recognise or negotiate with it.

The Taliban is seen at being at its strongest since the US-led invasion toppled their five-year government in 2001. The US and NATO formally concluded their combat mission in 2014, but about 20,000 US and allied troops remain in the country.
Tags:
US-Taliban talks end without deal, both sides to consult
Source : Afghan Voice Agency(AVA)
Tuesday 13 August 2019 10:29
Story Code: 189955 Copy text available
As US-Taliban talks continue, 15-member Afghan team set to meet terror group
US peace envoy hints at inking accord with Taliban
US sanctions Zarif for being Iran’s ‘primary spokesperson around the world’
Media ‘Got It Wrong’ on US Withdrawal From Afghanistan, Pompeo Says
Khalilzad to visit Afghanistan to finalise US-Taliban peace deal possibly by Sept 1
Featured news
Khalilzad Expects Prisoners' Release in 'Next Few Days'
US to cut troop levels in Afghanistan
Pakistan steadfast for inclusive Afghan settlement: FM
Loya Jirga decides that 400 hard-core Taliban prisoners should be released
Thousands cross border after Spin Boldak opens for one day only
Nabil: Pakistan Is Never Trustworthy
1
Afghan parliament speaker calls Loya Jirga on Taliban prisoners 'illegal'
2
Nabil: Government’s Ploy To Release Taliban Prisoners But Make People Take Responsibility
3
Loya Jirga decides that 400 hard-core Taliban prisoners should be released
4
Zarif criticizes Google for ‘glitch’ in translation of condolences to Lebanese
5
US cargo plane lands in Israel in support of the regime's Iron Dome
6
9 members of a single family wounded in Taliban mortar attack in East of Afghanistan
7
Pakistani soldiers suffer casualties in firing from across Durand Line with Afghanistan
8
U.S. plans to withdraw more than 4,000 troops from Afghanistan by end of November
9
US to cut troop levels in Afghanistan
10
Nabil: Pakistan Is Never Trustworthy