The Ministry of Interior in a statement on Monday rejected the Taliban’s claims regarding the release 76 Afghan forces from their prisons. 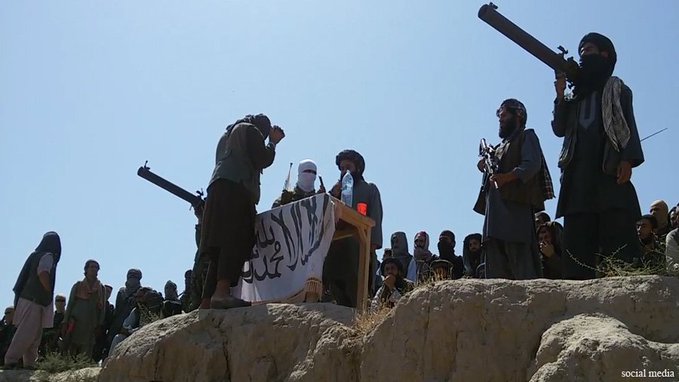 On August 10, the Taliban in a statement claimed that 76 Afghan security personnel were released from Taliban’s captivity in the various province of the country on the occasion of Eid.
According to the Taliban’s statement, the Afghan forces have been released in Kunduz, Uruzgan, Khost and Sar-i-Pul provinces.
However, the Interior Ministry said that its findings and information received from the provinces confirms that during the last few days the Taliban has released no Defense and Security forces who were kept in their prisons.
The Ministry added that the Taliban’s statement has been issued to spread propaganda as no captive soldiers have been released yet.
The statement further said that the Taliban have decided and willing to release Afghan soldiers they should provide a list of the released individuals.
It comes as, on Sunday, President Mohammad Ashraf Ghani ordered to free 35 Taliban inmates from the prison of the National Directorate of Security (NDS) on the occasion of Eid Ul Adha.
The NDS said in a statement that the directorate released 35 Taliban prisoners according to a presidential decree which was issued on the occasion of Eid Ul Adha.
The statement further added that the prisoners were released as a gesture of goodwill to help advance the peace process.
Tags:
Gov’t Rejects Taliban’s Claims Regarding the Release of 76 Afghan Forces
Source : Afghan Voice Agency(AVA)
Tuesday 13 August 2019 15:49
Story Code: 189974 Copy text available
Featured news
Saleh: 4.2B AFN Spent On Security Of Senior Officials, Some Of Whom Weaken The System
African Telecom Giant MTN Exiting Afghanistan And Middle East
COVID-19: MoPH Reports 108 New Cases As Testing Increases Once More
OPEC daily basket price stood at $45.34 a barrel Wednesday
Gunmen in Baghlan Torch 2 Fuel Tankers, Hijack 7
Turkmenistan president sends COVID-19 tests to Afghanistan
1
MoPH Survey Finds 10 Million People Infected With COVID-19 In Afghanistan
2
USAID steps in to help WFP feed 95,000 desperate Afghan families
3
COVID-19 Latest: One of 19 Test Positive in Afghanistan
4
Hundreds of prisoners rounded up as Jalalabad prison attack continues
5
UAE starts first nuclear reactor at controversial Barakah plant
6
50-70 percent of police positions in four Afghan provinces are ghost soldiers: SIGAR
7
75 More Afghan Sikhs And Hindus Returning To India
8
COVID-19 Latest: 36 of 187 Cases Test Positive in Afghanistan
9
No end in sight to COVID crisis, its impact will last for ‘decades’
10
NATO’S appalling failure in Afghanistan has fuelled a drug explosion across Europe