Helicopters and jets operated by the Zionist regime have launched fresh attacks on the besieged Gaza Strip, less than a day after warplanes targeted facilities allegedly belonging to the Palestinian resistance movement Hamas. 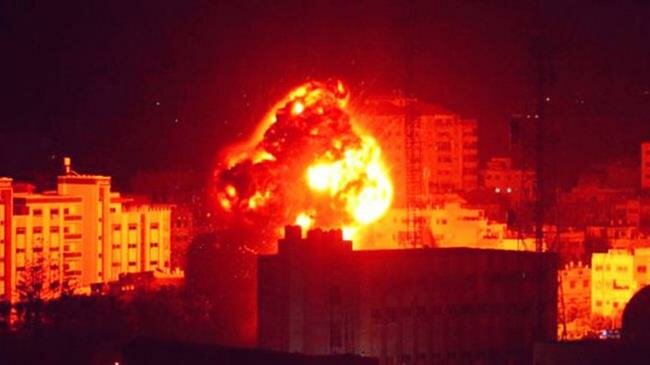 Zionist sources said airstrikes late on Saturday targeted Hamas positions in Gaza while tanks were stationed on the border separating the enclave from the occupied Palestinian territories.
The attacks came after Hamas fired rockets on Zionist positions in Sderot and in Sha’ar Hanegev region to retaliate Zionist attacks that had taken place in early hours of Saturday.
Regime sources said two of the three rockets fired by Hamas had been intercepted by regime’s modern Iron Dome system.
Media reports said the rocket attacks had caused panic among Zionist settlers and military forces. There was no statement from Hamas on the rocket attacks and Zionist bombardment.