19th August marks the 100th Independence day of Afghanistan and President Ghani in his speech said that, the postponed Independence Day celebrations were to honor the victims of Kabul attack and reminded the people that they will take revenge for Afghan people. 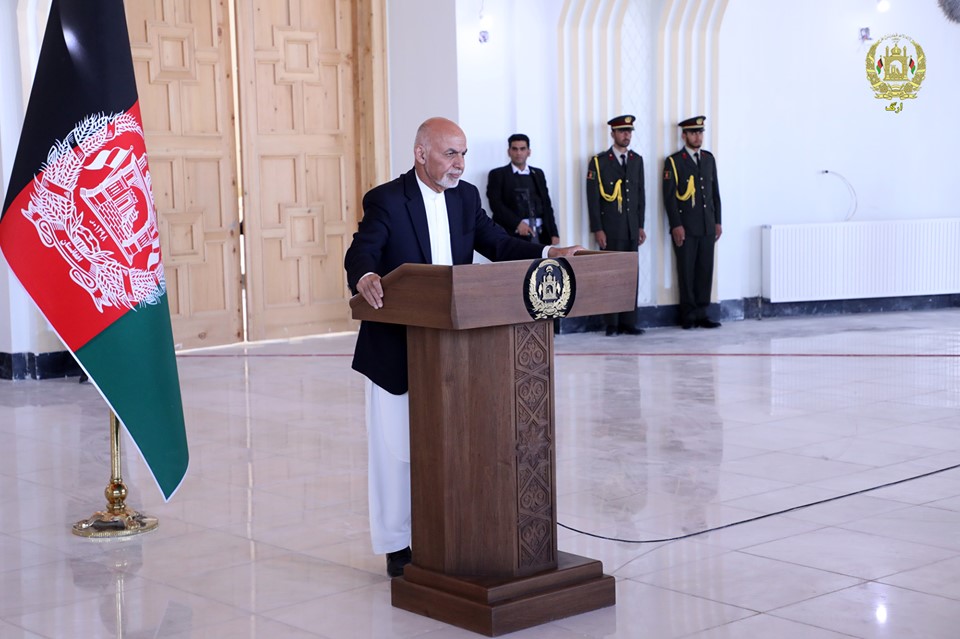 The solemn celebrations come a day after the deadly attack in Kabul killing 63 people, at wedding a ceremony. President Ghani had expressed his grief and condolences earlier.
President Ashraf Ghani addressing while the nation at Darul Aman Palace woefully expressed that, “Enemy of our freedom and independence, enemy of our people and country, they cannot see this celebration and happiness. This enemy can’t face our powerful armed forces.”
He argued that the Taliban can’t avoid the responsibility by denying being behind this attack. He said that, Taliban laid the foundation for such attacks and carried out numerous such barbaric attacks on mosques, schools and public spaces.
While assuring that they will not have mercy and the fight against IS-K will continue fiercely, he expressed that, they will take revenge and uproot them. He also called out the Taliban and said that if they are true Afghans then they should join other Afghans in protecting the blood of citizens with them, otherwise they are not part of this land.
The 100th Independence Day marks a critical juncture in Afghanistan’s political history, in the backdrop of Peace negotiations, which are to decide the future direction of the country.
President Ghani had expressed his views earlier and said, “Afghanistan’s fate can’t be decided outside, and we don’t want anyone to intervene in our affairs”.
Ghani made the comments as U.S. and Taliban negotiators appeared to be closing in on a peace agreement without the Western backed government in Kabul at the table.