There Will Be No Unconditional Release of the Taliban Prisoners: Sediqi

Presidential spokesman Sediq Sediqi said on Wednesday, August 28 that the Afghan government has no plan at all for the unconditional release of Taliban prisoners and it will not happen. 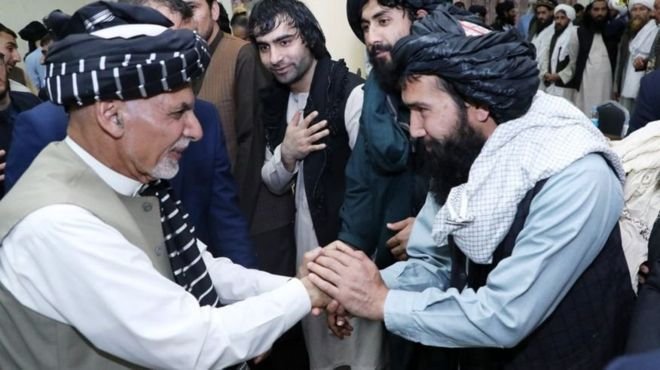 Afghan government has recently released hundreds of Taliban members in early June, with during the group’s peace talk U.S government as an act of good gesture.
However, now that U.S peace talks with the group is about to be wrapped up, and the unconditional release of its prisoners has been a major request by the Taliban, spokesman for President Ghani announces government’s decision for not to do so.
Meanwhile, experts believe that the release of Taliban’s prisoners is a strategic mistake given that the group has not shown readiness for direct negotiations with the government.
“Ghani released 900 Taliban militants as a good gesture toward the group or for the Jirga’s decision but it didn’t bring peace; unconditional release results in the continuation of war not peace,” Ahmad Saedi, a political commentator told ArianaNews.
The Afghan government has imprisoned thousands of Taliban militants in the last two decades with various charges of terror, murder, bombing and plotting attacks on the government, now that U.S. government is making a deal with the group, the future of these prisoners is up to Afghan government to decide.
Tags:
There Will Be No Unconditional Release of the Taliban Prisoners: Sediqi
Source : Afghan Voice Agency(AVA)
Thursday 29 August 2019 17:33
Story Code: 190726 Copy text available
Featured news
Twitter suspends Iran Leader’s accounts
Philippine’s Duterte orders police to ‘shoot dead’ lockdown violators
Twenty trucks take US military equipment out of Iraq, into Syria: Report
Afghan forces kill, wound 9 Taliban militants in Jawzjan province
Official: Iran screens many Afghan, Pakistani pilgrims at borders
100 Taliban militants to be released from Afghan jails
1
Taliban says will not negotiate with team announced by Afghan government
2
US, EU, NATO welcome Afghan govt’s team for talks with Taliban
3
Taliban Must Not Raise Issues With Delegation: Omar
4
13 Taliban militants killed in W. Afghanistan
5
Afghan government to host Taliban delegation in Bagram, prisoners release postponed
6
Trump preparing to abandon Afghan government?
7
Taliban attack repulsed in Kandahar, 6 militants killed
8
19 Afghan forces killed in Takhar, Zabul attacks
9
Mike Pompeo urges Afghan politicians to form inclusive Govt
10
Afghan police find four tonnes of explosives in truck in Herat