The Afghanistan agreement is even worse than first reported 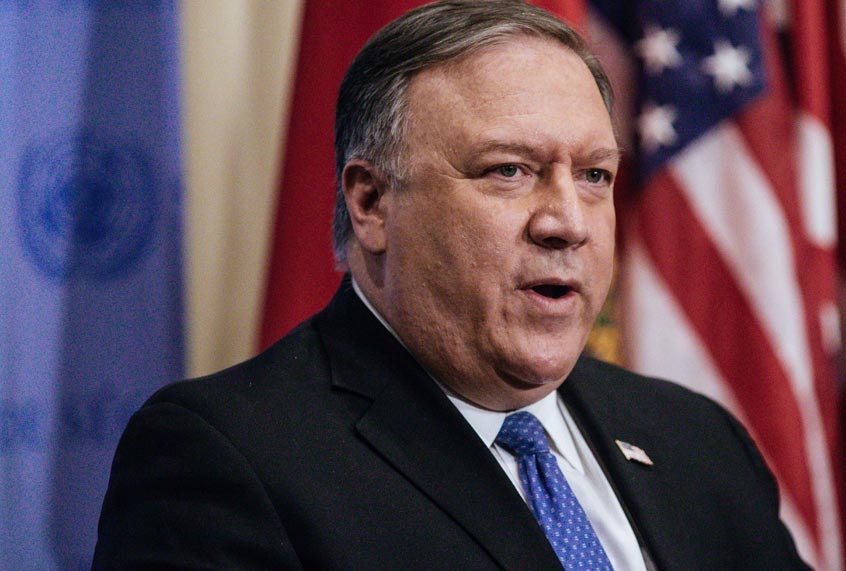 Khalilzad has been singing his deal’s praises, but his efforts to silence criticism and smother dissent should raise alarms: Through much of the negotiations, he kept the elected Afghanistan government in the dark. When Afghanistan’s National Security Adviser Habibollah Mohib criticized Khalilzad’s negotiating conduct, the State Department responded with an over-the-top campaign to blacklist him, never mind that Mohib was 1) right in his criticism and 2) is crucial for counterterrorism coordination.
Fearful that former Afghan intelligence chief and interior minister Amrullah Saleh might question key tenets of the agreement, Khalilzad and the U.S. State Department conspired to deny him any visa to the United States, never mind that he remains perhaps the most popular figure in Afghanistan, a vice presidential candidate in forthcoming elections and, unlike Khalilzad, has never tried to profit from his Afghan work. Khalilzad refused for months to brief Indian authorities on the details of his plan, even as the White House and State Department were urging greater Indian commitment to Afghanistan.
Most recently, Khalilzad has sought to keep U.S. national security adviser John Bolton out of discussions. While Washington pundits and the press love to indulge in Bolton-bashing given Bolton’s own blunt and pugnacious reputation, a bit more introspection might lead journalists to keep score less and question whether Bolton’s exclusion was designed to prevent the airing of uncomfortable but necessary questions.
Time magazine’s Kimberly Dozier has now broken the story that Secretary of State Mike Pompeo has refused to sign off on the agreement because, according to Dozier’s report, “It doesn’t guarantee the continued presence of U.S. counterterrorism forces to battle al Qaeda, the survival of the pro-U.S. government in Kabul, or even an end to the fighting in Afghanistan.”
That may be just the tip of the iceberg. While Khalilzad has been telling people that the Taliban have promised not to allow al Qaeda to use Afghan territory as a launch pad for their attacks on Americans, those familiar with the deal say that the Taliban have actually made no explicit promise to cut ties with al Qaeda. This leaves the Taliban with wiggle room, and allows al Qaeda to maintain its presence operations and, at most, they would simply not claim credit from inside Afghanistan.
Khalilzad’s agreement also makes no mention of the Pakistani sanctuaries which the Taliban now enjoy. He engages in a logical flaw, apparently by giving credence to his Taliban interlocutors Afghan nationalism, while simultaneously ignoring that they had collectively spent more time in Pakistan than in Afghanistan. That Pakistan also provided safe haven to Osama Bin Laden as the al Qaeda leader plotted attacks globally appears forgotten by both Khalilzad and those willing to fast track his agreement.
Nor does the agreement demand Taliban uniformity. There’s the Quetta Shura, but also the Peshawar Shura and the Miran Shah Shura, not to mention the Northern Shura and the Haqqani network. Khalilzad amplifies an agreement with one into an agreement with all. That is simply foolish.
To make things worse, the U.S. now appears to bless a postponement, if not cancellation, of Afghanistan’s looming elections. But if the peace agreement is to open the door to a real reconciliation between the Taliban and the Afghan government, then the Afghan government must be legitimate, and nothing proves legitimacy like democratic victory. Again, the motivation here seems to be a desire to keep Amrullah Saleh out of power, as his ticket with Ashraf Ghani appears headed to victory, and to avoid acknowledging that the Taliban fears submitting themselves to any popular vote for fear of the outcome.
Pompeo is correct to worry about the future of any residual U.S. counterterrorism force, but the problem is actually greater: If the deal demands integration of the Taliban into the security forces, then the Afghan National Security Forces will likely collapse, leaving a security vacuum throughout the country.
Trump may believe he deserves plaudits for ending an 18-year-old war in which the U.S. now invests $30 billion annually. But he constructs a false choice: Rather than simply surrender, he had many options to bring the Taliban (and their Pakistani controllers) to heel, but did not implement them.
Trump embraces superlatives, and now, with quite possibly the worst deal possible, he has achieved one.