India's space agency has lost communication with its spacecraft just before it was due to land near the South Pole of the Moon, in a blow to the nation's lunar ambitions. 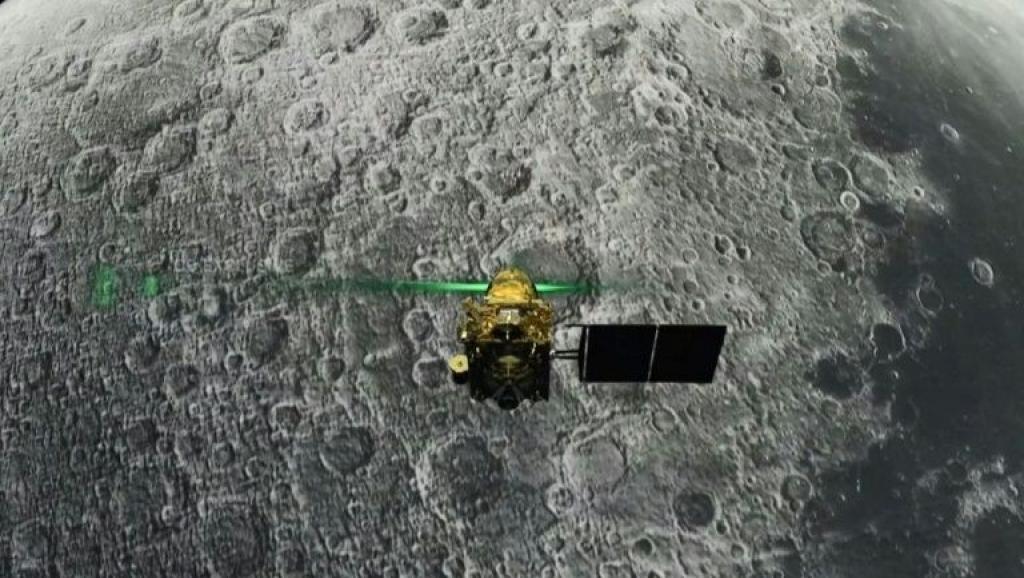 India had hoped to become just the fourth country -- after the United States, Russia and China -- to successfully land on the Moon. The country also aimed to be the first to land in the Southern Polar region, an area the Indian Space Research Organisation (ISRO) said was "completely unexplored".
"The Vikram lander descent was (ongoing) as planned and normal performance was observed," ISRO chairman Kailasavadivoo Sivan said in the control room at the southern city of Bangalore.
"Subsequently the communication from lander to ground station was lost. The data is being analysed," he said. Prime Minister Narendra Modi, who travelled to the Bangalore space centre to watch the landing, told scientists after Sivan's announcement that "what you have done (already) is not a small achievement".
"Ups and downs keep coming in life. Your hard work has taught us a lot and the entire country is proud of you," he added.
"If the communication (with the lander) starts again... hope for the best... Our journey will carry on. Be strong. I am with you."
ISRO acknowledged before the landing, due to occur at about 1:55 am New Delhi time (2025 GMT), was a complex manoeuvre, with Sivan calling it "15 minutes of terror".
Source : Afghan Voice Agency(AVA)
Saturday 7 September 2019 16:27
Story Code: 191209 Copy text available
India opens $1B credit line for Russian Far East
India says backs peace deal which leaves no space for terrorists in Afghanistan
4,000 detained by India in Kashmir since autonomy stripped: Govt. source
India signs MoUs for $2.5 million development projects in Afghanistan
Demoralised Afghanistan face daunting task against upbeat India
Featured news
Andarabi: Taliban's New Tactic is 'Spreading Chaos' with IEDs
Inter sign Vidal from Barcelona
Head of ‘Shroff Union’ Kidnapped in Balkh
14 Afghan Forces Killed in A Taliban Attack
Three suspects identified in public beating of two women in Kabul
Gov’t approves four wind and solar power projects
1
Afghanistan: 22 New Positive Cases of COVID-19 Reported
2
U.S House of Representatives Demand Afghan ‘Women Protection’
3
Afghanistan: 125 New Positive Cases of COVID-19 Reported
4
Coronavirus: 30 of 165 Cases Test Positive in Afghanistan
5
One Security Force Member Killed in Balkh Suicide Bombing
6
Afghan Mothers' Names To Be Printed On Children's National ID Cards
7
Three suspects identified in public beating of two women in Kabul