Government Is Main Hurdle in Way of Peace: Hekmatyar

Gulbuddin Hekmatyar, the Leader of Hezb-e-Islami Afghanistan and a presidential candidate on Saturday claimed that the National Unity Government is the main hurdle in way of peace. 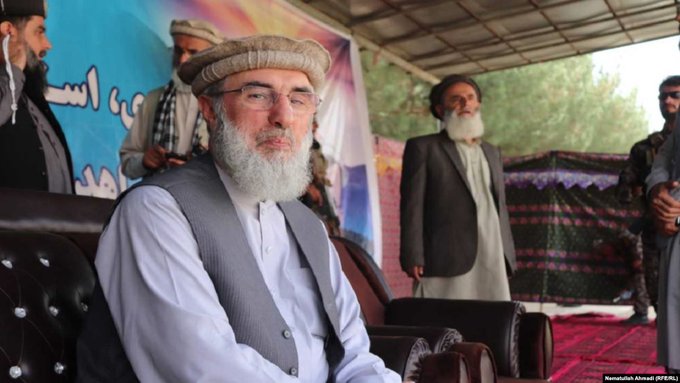 Speaking among dozens of women at a campaign rally in Kabul, Mr. Hekmatyar said that Afghans must decide for their country and should not let traitors to lead the country once again.
He expressed his concerns regarding the security situation, saying the country is experiencing its worst situation in the history.
According to Mr. Hekmatyar, the leaders of the National Unity Government are seeking their interest in continuation of the war.
Apparently referring to the leaders of the National Unity Government, he said others say that they have incomplete tasks and are seeking another term which means they want to kill the rest of the people of Afghanistan as well.
The leader of HIG also called on the Taliban insurgent group to express their readiness for an intra-Afghan negotiation as their negotiation with the Americans have failed.
This comes as the Afghan government announced on Saturday that peace efforts have been suspended until the presidential election which is due on September 28.
Source : ariananews
Saturday 14 September 2019 18:08
Story Code: 191549 Copy text available
Featured news
President Ghani Appoints New Envoy for Pakistan
Minister Zuhair Discusses MoIC Budget with Ministry of Finance
China, Pakistan Urge Taliban to Reduce Violence, Start Talks
Afghanistan to start university entrance exams in less than two weeks
NDS Prevents Attacks Targeting Media Outlet, Hospital in Kabul
Int’l Kabaddi tournament to be held in Pakistan in December
1
Iraqi officials irate as Saudi daily publishes cartoon against Ayatollah Sistani
2
Khalilzad, Qataris, Taliban discuss development opportunities in Afghanistan
3
Russian diplomat says some members of US intelligence involved in Afghan drug trafficking
4
Khalilzad Discusses Development Plans With Qataris, Taliban
5
Taliban needs to end violence to help kick start intra-Afghan talks: NATO envoy
6
Iraqis rally to decry Saudi paper’s offensive cartoon of Ayatollah Sistani
7
Pakistan invites chief Afghan peace negotiator Abdullah
8
NATO SCR: Taliban Violence ‘Simply Unacceptable’
9
Pak FM talks to Chinese Counterpart; Discusses Afghan Issues
10
Khalilzad releases details of his meetings in Qatar including engagement with Taliban