A U.S. service member was killed in Afghanistan on Monday, the NATO-led Resolute Support mission said, after the collapse of talks between the United States and Taliban to end the nearly 18-year old war. 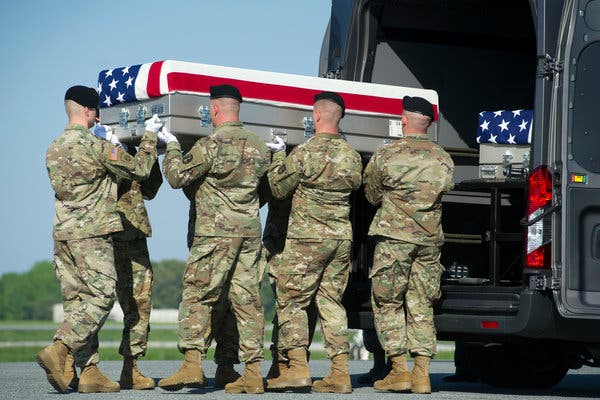 It said the service member was killed in action but did not provide further details.
This brings the number of U.S. service members killed in combat in Afghanistan to 17 this year.
A little more than a week ago, U.S. President Donald Trump called off talks with Afghanistan’s Taliban leaders planned for Camp David, Maryland, after an American soldier was killed by a suicide bomber in the capital Kabul earlier this month.
Afghan security forces, backed by U.S. air strikes, killed two of the Taliban’s shadow provincial governors on Sunday, as fighting stepped up in the aftermath of the collapse of talks.
Senior security officials in Kabul said several joint operations will be launched against Taliban and ISIS fighters to prevent attacks on Afghan forces and civilians ahead of the presidential polls on Sept. 28.
The Taliban, who now control the most territory they have had since 2001, are demanding the withdrawal of all foreign forces from Afghanistan.
Some 14,000 U.S. troops remain in Afghanistan, training and advising Afghan forces as part of the Resolute Support mission and conducting counterinsurgency operations.