The attacks on oil facilities in Saudi Arabia constitute an Iranian "act of war," U.S. Secretary of State Mike Pompeo charged Wednesday as he arrived in the Kingdom. 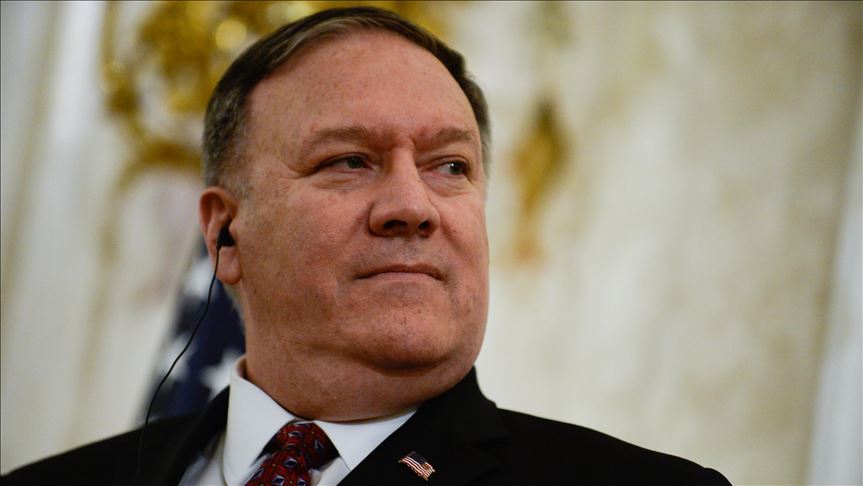 Pompeo was addressing reporters en route to Jeddah, Saudi Arabia where he will meet Crown Prince Mohammad bin Salman before flying to neighboring United Arab Emirates.
"We were blessed that there were no American killed in this attack, but any time you have and act of war of this nature, there's always risk that that could happen," Pompeo said, according to reports.
The U.S. is increasingly pointing the finger at Iran for the weekend attacks on Aramco oil facilities in eastern Saudi Arabia that upended the Kingdom's oil output. Those attacks have been claimed by Yemen's Houthi movement.
Iran, however, has denied having any hand in the incidents as regional tensions soars amid speculation of reprisals from the U.S. and its allies.
Pompeo said he is "confident" the U.S. will raise the matter during next week's UN General Assembly meetings in New York.
"The Saudis were the nation that were attacked, it was on their soil, it was an act of war against them directly and I'm confident that they will do that," Pompeo said.
Unlike his top diplomat, U.S. President Donald Trump has struck a more cautious tone, noting that while U.S. intelligence appears to indicate an Iranian role he stopped shortly of directly naming Iran as responsible for the attacks that rocked global energy markets.
Asked if he concurs with Pompeo's assessment that the attacks are an "act of war," Trump declined to respond directly, saying only that a statement would be forthcoming.