Trump threatens to tighten US sanctions against Iran

US President Donald Trump has threatened to tighten sanctions against Iran during his third address to the United Nations, accusing the Islamic Republic of “menacing behavior” in the Middle East. 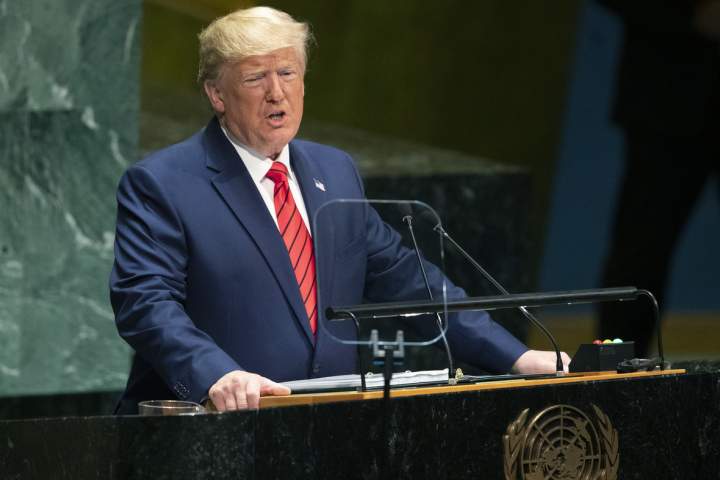 "As long as Iran’s menacing behavior continues, sanctions will not be lifted. They will be tightened," Trump said Tuesday at the 74th session of the UN General Assembly in New York.
Trump repeated his baseless accusations against Iran’s civilian nuclear and ballistic missile programs, as well as Tehran’s support for the people in the war-ravaged countries of Syria and Yemen.
The US president also continued to criticize the 2015 nuclear agreement that he withdrew from last year.
French President Emmanuel Macron expressed hope in late August that a long-anticipated meeting between the presidents of Iran and the United States would take place at the UN General Assembly.
However, Iran has firmly stated that it won't sit for bilateral talks with Trump but is open to a multilateral meeting with the P5+1 - including the US - only if Washington ends its economic war against the Iranian nation.
Trump’s speech follows escalating tensions in the Middle East following attacks on Saudi Arabia’s oil facilities.
In his speech, Trump accused Iran of carrying out the attacks.
Iran has rejected claims of involvement in Yemen's retaliatory attacks on the kingdom's heart of oil industry.