IRGC to Stand by Yemenis till Victory against Aggressors: Gen. Bagheri

The Islamic Revolutionary Guards Corps (IRGC) will stand by the Yemeni people with its advisory and intellectual support until the victory of the resistance axis against the aggressors, a top Iranian commander said. 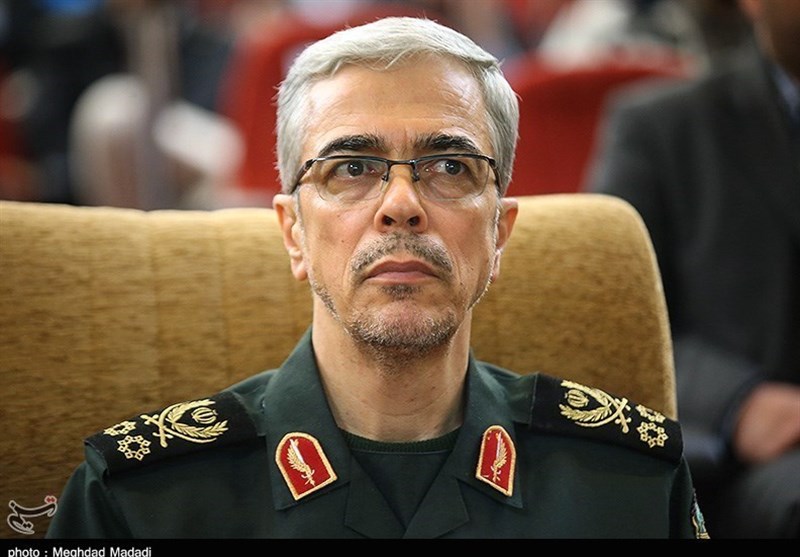 “We offer our advisory and intellectual support to Yemen’s national army… We will stand by the Yemeni people until they completely ward off the aggressions,” Chief of General Staff of Iranian Armed Force, Major General Mohammad Hossein Bagheri said on Tuesday.
Referring to Iran’s continued support to the resistance movements in the regional countries, especially Yemen, the top commander said, “We also gave our support to Iraq and Syria upon the request of their governments and offered advisory and armed assistance to them.”
He said the majority of such efforts were carried out by IRGC, while the Army also played a role in some areas.
Major General Bagheri also dismissed the unfounded claims over the Iranian involvement in Yemen’s recent attacks against Saudi oil facilities.
Yemen has been besieged completely for years, he said, adding that “So how is it possible to send large missiles to Yemen while even medicines cannot enter the country?”
The general reiterated that Iran will stand by the Yemeni people until the victory of the resistance axis against the aggressors.