Taliban Are A Proxy Of Pakistan, Afghanistan Would Never Accept To Be Ruled By Pakistanis: NSA

The Afghan National Security Adviser, Hamdullah Mohib has said that the Taliban are a proxy of Pakistan, its intelligence agency and Afghanistan would never accept to be ruled by Pakistanis. 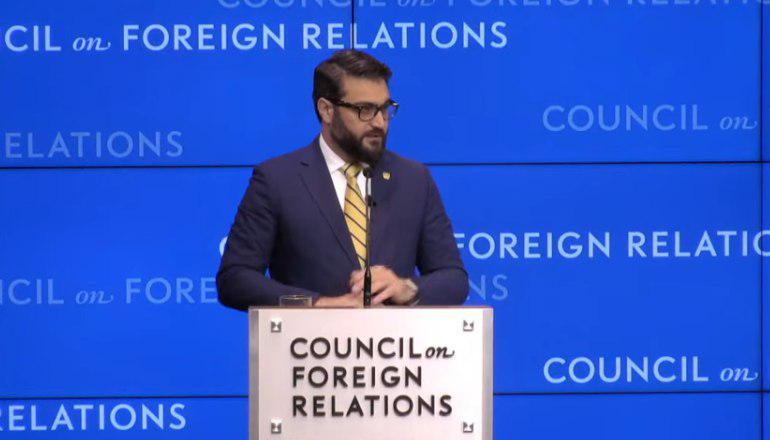 “If we didn’t accept the Soviet rule—superpower—it would be beyond imagination to accept the proxy of a backward country which has a hard time feeding its own people”, Mohib said during a conversation at the Council on Foreign Relations, a US think tank in New York.
The National Security Adviser declared that this year, Taliban have been facing the most vicious cycle of attacks and at every phase they were defeated.
“The backbone of the Taliban is broken. Their ideology has no stance anymore. Their ideology was they were fighting for Islam,” he said.
Mohib noted that Taliban are finished ideologically, politically and on the war front.
“It is not an endless war. We see an end to it both militarily and an end to it politically. Now the Taliban can choose which they want to see. We are committed to protecting our country”, he said.
“So we can defeat the Taliban militarily. It will just take longer. If they choose to have peace we would save some time, and we are happy to do that any day they are ready.”
Mohib also welcomed US President Donald Trump’s decision to call off talks with the Taliban, saying the Taliban are not ready to make peace with anybody.
“They are ready to take Afghanistan over and return their regime. They had been preparing their victory speeches,” he added. “The minute a deal was signed; you would have given the keys—or at least from the Taliban’s perspective—to them to rule Afghanistan. And obviously that was not acceptable to the Afghan people; it would have not been acceptable to the American people. I think they made—he made the right call.”
Regarding the peace process, the NSA Mohib has stressed that there is only one peace process, and it has to be Afghan-owned.