Non-Biometric Votes To Not Be Accepted: Presidential Candidates Council

The Presidential Candidates Council has stressed that the non-biometric votes will not be accepted. 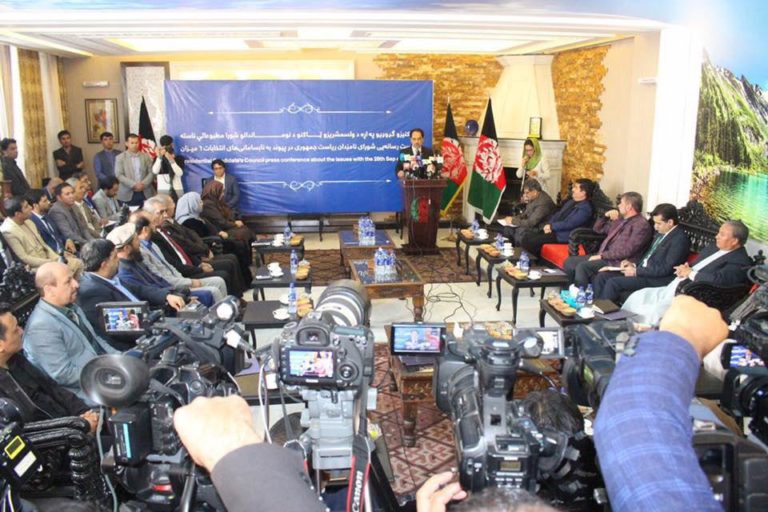 Speaking at press conference of Presidential Candidates Council, presidential candidate, Faramarz Tamana said, “We will not accept any non-biometric votes—none of them should be counted.”
Tamana called on the Independent Election Commission (IEC) commissioners do their jobs rather than meeting the provincial candidates.
“One million ballots will be invalidated if fraudulent ones are removed”, he said.
Meanwhile, presidential candidate, Ahmad Wali Massoud stated that the council want changes in the current election system of the country.
“We are standing against fraudulent votes and we will not allow unclean votes”, Massoud said.
The other Presidential candidate Enayatullah Hafiz also added that widespread fraud has happened in September election and cited that if pure and non-pure ballots are not separated, fraud not prevented, the entire election process would be questioned and there would be a possibility of election cancellation.