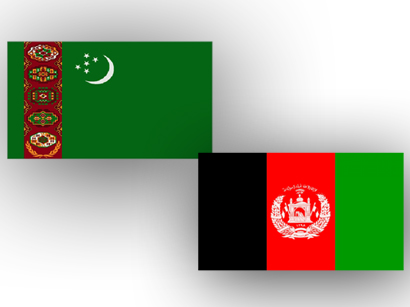 At the meeting, special attention was paid to the implementation of joint infrastructure projects by the countries.
In this context, the importance of the construction of the Turkmenistan-Afghanistan-Pakistan-India (TAPI) gas pipeline was emphasized. At the same time, the importance of interconnected projects was also noted - the laying of power lines and fiber optic communications along the Turkmenistan-Afghanistan-Pakistan (TAP) route.
During the meeting, it was emphasized that Ashgabat’s initiatives to form multimodal transit and transport corridors are also aimed at Afghanistan’s socio-economic revival, its consistent integration into the system of regional and world economic relations. The implementation of these large-scale projects opens up great prospects for optimizing transport flows throughout the Eurasian space, the Turkmenistan State News Agency reported.
The operations on laying the Turkmen section of the TAPI gas pipeline are planned to be completed till late 2019, the construction of which was launched in December 2015. The construction of the Afghan section was launched in February 2018. Pakistan plans to begin the operations on TAPI this year.
It was also reported about the conducted geological and technical surveys, soil research, terrain; international tenders for the selection of contractors and suppliers; resolving the issues on the allocation of land plots for the construction of pipelines, as well as their operation. The buyers are gas companies from Afghanistan, Pakistan and India.
The participating countries established the TAPI Pipeline Company Limited consortium, the leader of which was Turkmengas state concern. The project is being promoted by the Asian Development Bank (ADB), which acts as a project transaction advisor.
TAPI's resource base will be Galkynysh field, the second biggest gas field in the world (after South Pars field in Iran). The total length of the TAPI gas pipeline with a capacity of 33 billion cubic meters of gas per year will be approximately 1,840 kilometers. Instability in transit Afghanistan remains a great obstacle, but Kabul says it will be able to ensure the safety of the route.