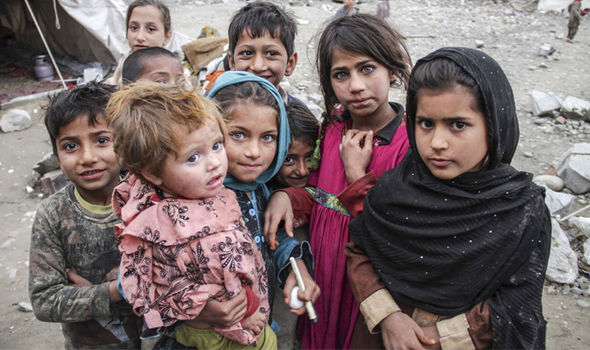 "An alarmingly high number of children around the world and in Afghanistan are suffering the consequences of poor diets and a food system that is failing them," UNICEF said in a statement, citing its new report on children, food and nutrition.
The report named "State of the World's Children 2019: Children, Food and Nutrition" found that globally, some 149 million children under five are stunted, or short for their age. Almost two in three children between six months and two years of age are not fed food that supports their rapidly growing bodies and brains. This puts them at risk of poor brain development, weak learning, low immunity, increased infections and, in many cases, death.
"In Afghanistan, the nutritional situation is even more concerning. Every year, 2 million children under five are affected by acute malnutrition, of whom 600,000 suffer from the most severe form of undernutrition and are 11 times more likely to die than their peers," the statement said.
The statement noted that "today, a third of adolescent girls in Afghanistan are anaemic."
The greatest burden of malnutrition falls upon the poorest and most marginalized communities, including those affected by conflict.
The report also added that climate-related disasters cause severe food crises.
"Drought, for example, is responsible for severe losses in agriculture, dramatically altering the availability, quality and price of food," the statement said.
In 2018, 18 out of 34 Afghan provinces were affected by drought, with 13.5 million people facing crisis levels of food insecurity, according to the report.