Afghanistan’s acting Foreign Minister Salahuddin Rabbani has abruptly resigned, citing differences with the administration of President Ashraf Ghani over a range of issues. 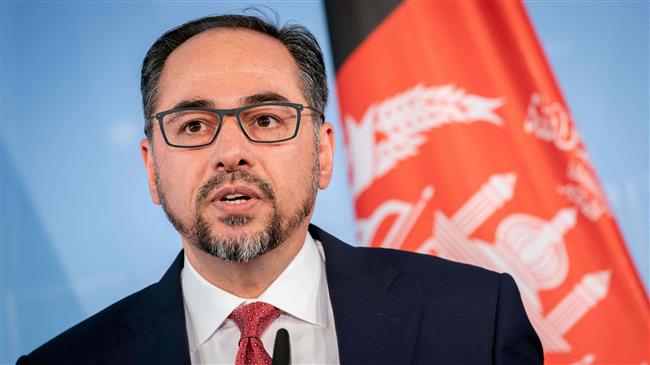 In a resignation letter to President Ghani on Wednesday, Rabbani said the Afghan Foreign Ministry had been sidelined and was being treated as a non-governmental organization over the past five years.
“It is unbearable,” media outlets quoted the top Afghan diplomat as saying.
Rabbani said he had witnessed the creation of parallel structures during his tenure in the name of administrative reform. He also accused the Ghani administration of damaging national unity.
“During my time, the working environment in the National Unity Government wasn’t good from the start. I witnessed parallel structures being created and have seen essential institutions, key pillars of the system, pushed to the side,” he wrote.
Rabbani began his tenure as foreign minister but later continued in the position as acting foreign minister amid political infighting.
On November 12, 2016, Afghan lawmakers dismissed three government ministers, including Rabbani, because of poor performance.
Rabbani supported Chief Executive Abdullah Abdullah, Ghani’s political rival, in the presidential election last month.
Election officials had already urged all candidates to show restraint until official results are out. But the two main contenders in the presidential election have declared victory.
The situation now is reminiscent of the election five years ago, when Ghani and Abdullah both claimed victory and pushed the country into months of political turmoil, which came to an end with a United States-brokered deal. Under the power-sharing agreement in 2015, Ghani became president and Abdullah accepted the new post of chief executive.
The latest competing claims could trigger yet another political crisis just weeks after peace talks collapsed between the Taliban militant group and Washington in Qatar’s capital, Doha.
Following the breakdown of those talks, the Taliban sent delegations to Afghanistan’s neighbors, China and Iran, as well as Russia for talks on the Afghan peace process.
In a separate development on Wednesday, the Chinese Foreign Ministry spokeswoman, Hua Chunying, said Beijing supported the peace process and it was willing to provide help of any sort.
A Taliban spokesman said China was planning to host negotiations among Afghanistan’s rival factions aimed at finding a way out of years of war in the country.
Suhail Shaheen said in a post on Twitter late on Tuesday, “China has invited a delegation ... to participate in the intra-Afghan dialog.”
“All participants will be attending the meeting in their personal capacity and they will share their personal opinions for solving the Afghan issue,” Shaheen said.
The talks will be held in China on October 28 and 29, according to Shaheen.
But Hua declined to comment directly on any Chinese meeting, saying if the government had anything to announce, it would do so in a "timely manner."
China, which shares a short border with Afghanistan, has been trying to encourage peace efforts and last month a Taliban delegation visited Beijing for talks with government officials.