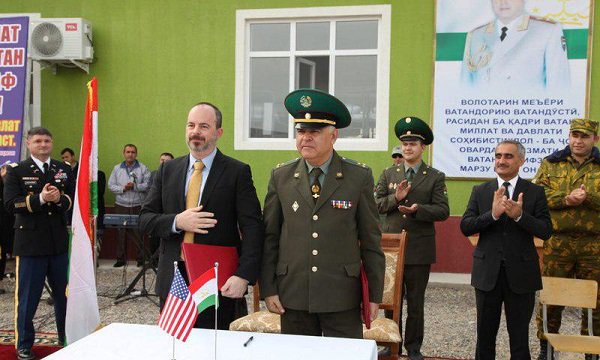 United States Chargé d’Affaires John Ginkel, and Colenel Shohiyon Abdusattor, Deputy Commander of Tajikistan’s Border Guard Forces, participated in the opening ceremony for the Okultun border outpost, constructed for the Border Forces under the State Committee of National Security of the Republic of Tajikistan.
As per akipress report, the cost of the construction project was funded and implemented by the U.S. Embassy in Tajikistan’s Office of Military Cooperation, with a cost of $900,000.
The border outpost provides the Border Forces with increased capacity to consistently monitor and patrol the border with Afghanistan in the Shahritus region of Khatlon province.