Afghan Chief Executive Abdullah Abdullah on Tuesday criticized President Ashraf Ghani's new proposal for peace saying it was not a plan but an unrealistic "wishlist." 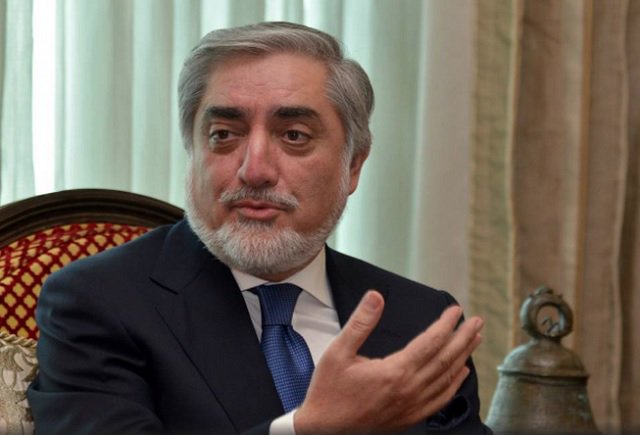 "To be honest, nobody has taken that so-called seven-point plan as a plan... it's rather a wishlist," Abdullah said in an interview with AFP.
"Nobody is taking it seriously -- neither the people of Afghanistan, nor anybody."
US President Donald Trump in September halted year-long peace talks with the Taliban, citing a deadly in Kabul.
Late last month, Afghan government released a seven-point peace proposal that including a call for month-long Taliban ceasefire before talks begin.
US talks with the Taliban had excluded the Afghan government as the group had refused to deal directly with the government.
Abdullah said it is imperative for any future talks to include negotiators from the Afghan government, be it led by him or by Ghani.
Any negotiating team "has to be inclusive. Government has to be a part of that", Abdullah said.
On election, Abdullah said that the Independent Election Commission had failed to communicate to the public what is happening in the counting process.
Earlier, his team said that problems remained with 300,000 of the 1.8 million votes that the IEC has said are valid.
“They have not explained it transparently to our representatives… more transparency is needed,” Abdullah said.
Tags:
Abdullah: Ghani's so-called peace plan is wishlist, nobody taking it seriously
Source : Afghan Voice Agency(AVA)
Wednesday 6 November 2019 11:30
Story Code: 194907 Copy text available
Abdullah's team says some 300000 fraudulent votes still in biometric data
Abdullah hopes Ghani's release of Taliban prisoners isn't election campaign
Two US soldiers killed in Afghanistan
Ghani-Abdullah Term Expires in 93 Days: Critics
1,500 U.S Soldiers To Deploy To Afghanistan: U.S. Army
Featured news
MoPH Says COVID-19 Cases Decreased By 40% As Tally Reaches 33,908
Reporters Without Borders Condemns Arrests, Harassment Of Journalists
Oil prices down with surprise rise in US crude stocks
Taliban: ‘Anti-Peace’ Circles Drawing Links To Uzbek Jihadist Group
12 Taliban insurgents killed in Paktia clashes
Dispute Over 592 Taliban Prisoners Solved: Source
1
‘Russian bounties’: payback or White House incompetence?
2
Taliban needs to end violence to help kick start intra-Afghan talks: NATO envoy
3
Russian diplomat says some members of US intelligence involved in Afghan drug trafficking
4
Each Afghan province will have a female deputy governor
5
Pakistan invites chief Afghan peace negotiator Abdullah
6
Iraqis rally to decry Saudi paper’s offensive cartoon of Ayatollah Sistani
7
Pak FM talks to Chinese Counterpart; Discusses Afghan Issues
8
Ghani appoints new governors for five provinces of Afghanistan
9
Telephone Conversation between the Acting Foreign Minister and the British Ambassador to Afghanistan
10
The Haqqani Network and the failing US-Taliban deal